Fresh off her sold out London show at Camden Assembly Alana treated fans to an exclusive performance of “Wait / Pause”, the follow up to her recent single ‘Switch It Up’ featuring Backroad Gee. The new track sees Alana switch up her sound to a drill style, coining it R&Drill. Alana joins forces with Cristale, the 20-year-old rising South London poet and rapper who is currently wowing the UK rap scene with her innovative and highly skilled freestyles, sampled over the sounds of Pa Salieu through to Drake. The blog style visuals directed by Ian Upton and Jeaniq takes us on a day-in-the-life journey touring the streets of London, shopping and taking in the scenes of the city. “Wait / Pause” demonstrates Alana’s versatility, cleverly maintaining her smooth vocals over the distinct drill beat, tapping into the sounds of her culture with the formidable Cristale injecting the track with her hard hitting no nonsense delivery. 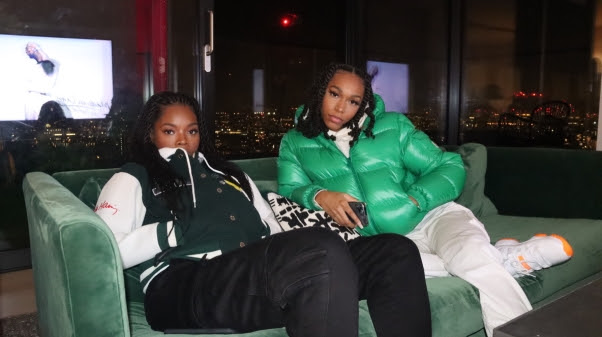 Speaking on the process and creation behind the track Alana explains;

“ ‘Wait / Pause’ is an R&Drill banger that gets everyone skanking! This song was so fun to create, I was interested in testing new sounds and melodies, as I’m always pushing myself creatively so me and producer Mike Brainchild created the beat from scratch and it worked really well! I needed someone hard with a sick flow and really wanted Cristale on the track. I’ve been a fan of hers for a while and along with all the recommendations from my peers, including my good brother Robert Bruce I had to get her on the track! As soon as she rapped her verse, I knew it was gonna be a hit. ‘Wait / Pause’ is based on bigging up yourself and making sure you always hold yourself in the highest of ratings!!!”

Born and raised in West London and inspired by the likes of Brandy, Kehlani and Summer Walker, 19 year old Alana has amassed over 300k views to date with her Instagram and freestyle covers and is  rapidly establishing her status on TikTok with over 350k likes, since joining the platform a few months ago. The former model, who recently featured in the JD Sports X Kickers campaign has already earned co-signs from the likes of PA Salieu, Tion Wayne and Pink Sweats and is well on her way to cementing her status as the princess of RnB.