The 3-year-old “had a history” of playing with stove burners, the fire commissioner said.

A massive fire in New York City that killed at least 12 people, including four children, at a five-story apartment building Thursday night was likely caused by a small child playing with a stove, Mayor Bill de Blasio said Friday.

De Blasio confirmed the death toll and said at least four other people were critically injured in the Bronx fire, the city’s deadliest in about 25 years. A 3-year-old boy sparked the blaze on the first floor, the mayor said.

The boy “had a history” of playing with burners on the stove, New York Fire Commissioner Daniel Nigro added. When the child’s mother discovered the fire, she took the boy and a 2-year-old out of the building, but left the door open, helping the fire spread. The building’s open stairway “acted like a chimney,” Nigro said.

Firefighters working in bitter cold took more than four hours to quell the wind-whipped flames. Among the dead were three girls, ages 1, 2 and 7; an unidentified boy; three women, ages 19, 37 and 63; four unidentified men; and one unidentified woman, police said.

The 25-apartment building had at least six outstanding city code violations, Reuters reported, including one for a broken smoke detector in a first-floor apartment. It was unclear whether the device had anything to do with the fire.

De Blasio said Friday that there was nothing structurally wrong with the building, which was constructed in 1916.

Speaking at a Bronx news conference about 10 p.m. Thursday, the mayor called it “the worst fire tragedy we have seen in this city in at least a quarter-century.” He tweeted that the New York Fire Department rescued at least 12 people, who will survive. The fire was put out around 11:15 p.m.

Firefighters responded to a massive blaze at a Bronx apartment building in which at least 12 people had died late Thursday.

The fire began on the building’s first floor just before 7 p.m., Nigro said.

“This tragedy is without question historic in its magnitude,” Nigro told reporters. He said tenants “died on various floors” of the building.

A Fire Department spokesman told HuffPost that Thursday night’s frigid weather made fighting the fire more difficult. Temperatures in New York City hovered around 11 degrees, with 9 mph winds. According to Yahoo’s weather app, temperatures in the city felt like minus 2 degrees when factoring in windchill.

“The cold temperatures and wind make it more of a challenge,” the spokesman said. “There’s ice conditions with the water on the ground. It’s tough on the families, more difficult on the firefighters, everything.” 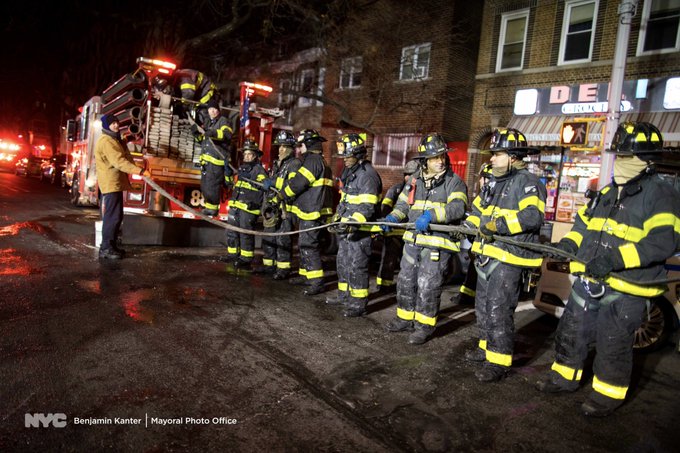 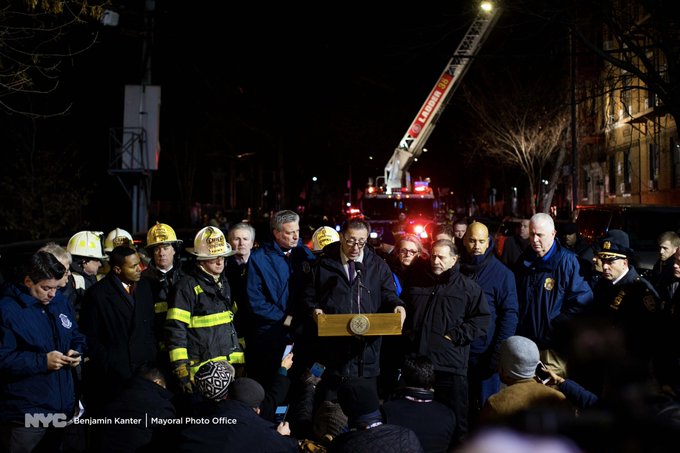 Tonight in the Bronx we’ve seen the worst fire tragedy in at least a quarter of a century. It is an unspeakable tragedy, and families have been torn apart.

Xanral Collins, who witnessed the fire, told the New York Post he saw a man run into the building yelling for his children. “He couldn’t get in,” Collins told the Post. “I saw him screaming, ‘My babies are dead! My babies are dead!’”

Resident Kenneth Kodua told said he had gone out to pick up food, leaving his roommate in the building, when the fire broke out. When he spoke to the press, he was still trying to find out whether his roommate escaped.

The Fire Department said more than 160 firefighters fought the blaze.

Fire officials briefed De Blasio after he arrived at a school across the street from the building around 9:30 p.m. 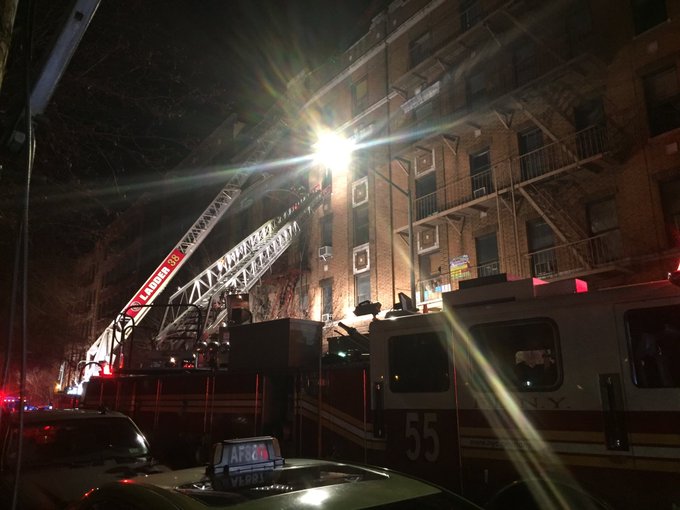 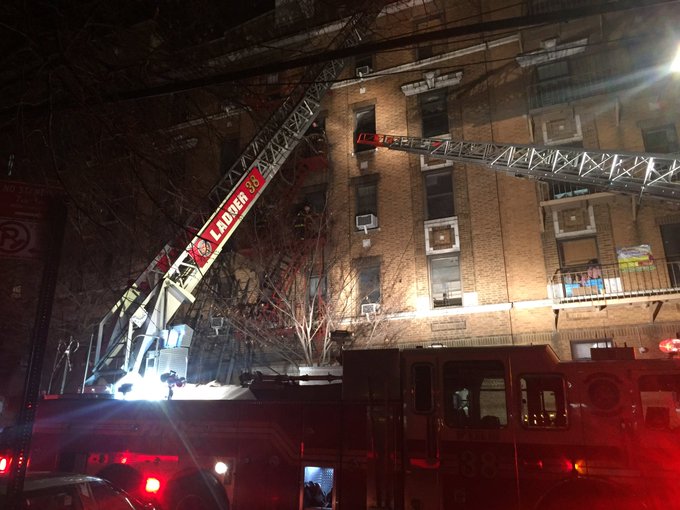 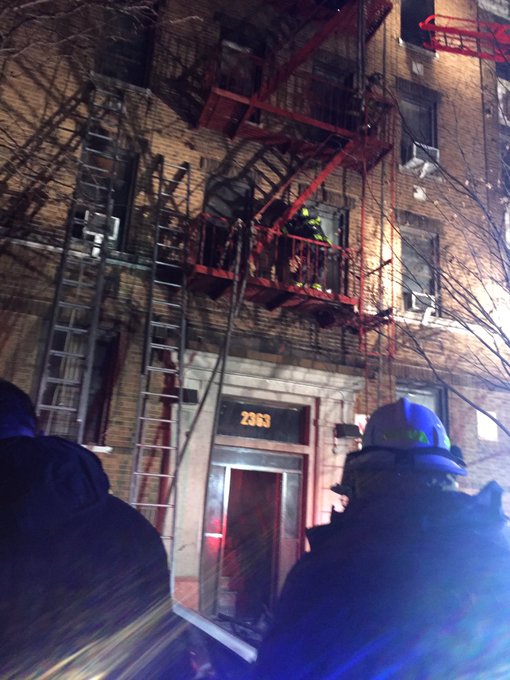 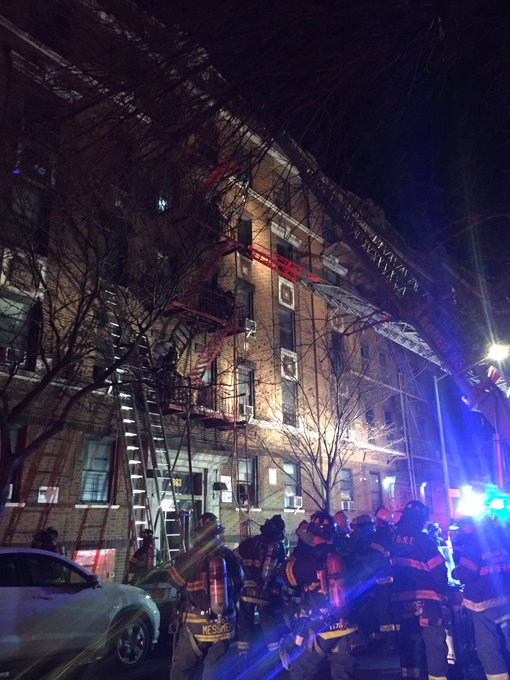 Victims were taken to St. Barnabas Hospital and Jacobi Medical Center in the Bronx.