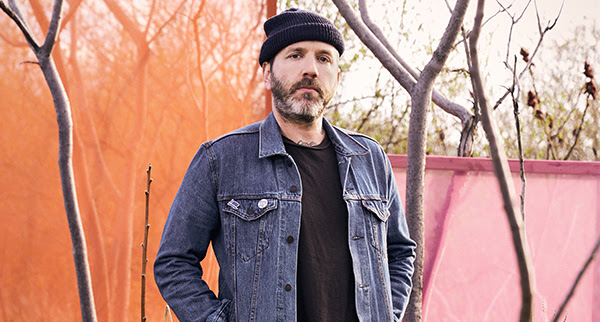 City and Colour, acclaimed Canadian singer-songwriter Dallas Green, has today revealed that he will return to Australia in April 2020 for an extensive headline tour.

Currently in the country to perform exclusively for Brisbane Festival’s Closing Night on 28 September, Dallas has announced he will visit Australia for the 18th time in 2020, to take in Adelaide’s Thebarton Theatre on Wednesday 15 April, Fremantle’s Arts Centre on Friday 17 April, Sydney’s Enmore Theatre on Sunday 19 April, Melbourne’s Forum on Friday 24 April, and Hobart’s Odeon Theatre on Tuesday 28 April.

Dallas Green continues a love affair with Australia that boasts multiple sold-out City and Colour tours, premiere sets at Splendour in the Grass and Bluesfest, a sold-out performance at the prestigious Sydney Opera House, and ARIA Top Ten spots for his last three studio albums.

Best known for cult gems like ‘The Girl’, ‘Lover Come Back’, and ‘Comin’ Home’, City and Colour eases confessional turbulences into enthralling swells of guitar-driven euphoria. Much adored for his emotionally intimate songs and crystalline live vocal, audience testimonials have earned him a dedicated fan base.

This year saw City and Colour release his first new music in four years, beginning with kaleidoscopic single ‘Astronaut’ and follow-up ’Strangers’, a soaring track that Green says, “is about how you will never truly know another human being”. His sixth studio album A PILL FOR LONELINESS will be released next week, Friday October 4, on Green’s newly minted Still Records, an imprint of Dine Alone Records (distributed by Cooking Vinyl in Australia). Produced by three-time Grammy winning Jacquire King (Kings of Leon, Tom Waits) the album promises a vulnerable palette of dreamy textures that is sure to be his brightest work yet.

Green maintains his legacy as a co-founder of hardcore luminaries Alexisonfire – where he received Platinum-certification for all four of the band’s full-length records, and recently released their first new music in ten years with ferocious singles ‘Familiar Drugs’ and ‘Complicit’. He has also teamed up with global icon Alecia Moore (P!nk) to record as folk duo You+Me. The project’s debut ROSE AVE. attained Platinum certification in Canada, and debuted at No.2 on the ARIA charts.

Honing his live show in front of massive crowds at icon festivals including Coachella, Bonnaroo and Lollapalooza, City and Colour has over the years toured with P!nk, Neil Young, Alice in Chains, Ben Harper, Tegan and Sara and more.

Warming audiences around the country with her dynamic solo set, is local singer-songwriter Alex Lahey. After impressing during her American TV debut on ‘Late Night With Seth Meyers’ in late-2017, 2018 saw Lahey booked for a string of premiere music festivals including Falls, Splendour In The Grass, Lollapalooza, Bonnaroo, Sasquatch, Osheaga and more. With a brand new album The Best Of Luck Club under her belt, and after delivering a standout cover of My Chemical Romance’s ‘Welcome To The Black Parade’ for triple j’s Like A Version last week, Lahey is a star on the rise.

An enthralling singer-songwriter, Dallas Green returns in April 2020 with brand new songs and crowd favourites. City and Colour’s Australian shows have historically sold out lightning fast, so do not sleep on tickets to this otherworldly live experience.

City and Colour have partnered with PLUS1 so that $1 from every ticket will go to organisations bringing dignity, equity, and access to communities who need it. www.plus1.org

NEW ALBUM ‘A PILL FOR LONELINESS’ | OUT OCT 4 (STILL RECORDS)