Glass Animals’ brand new single “Your Love (Déjà vu)” is out now and is a tantalizing first hint of what is to come from Glass Animals’ upcoming third studio album. Listen HERE. 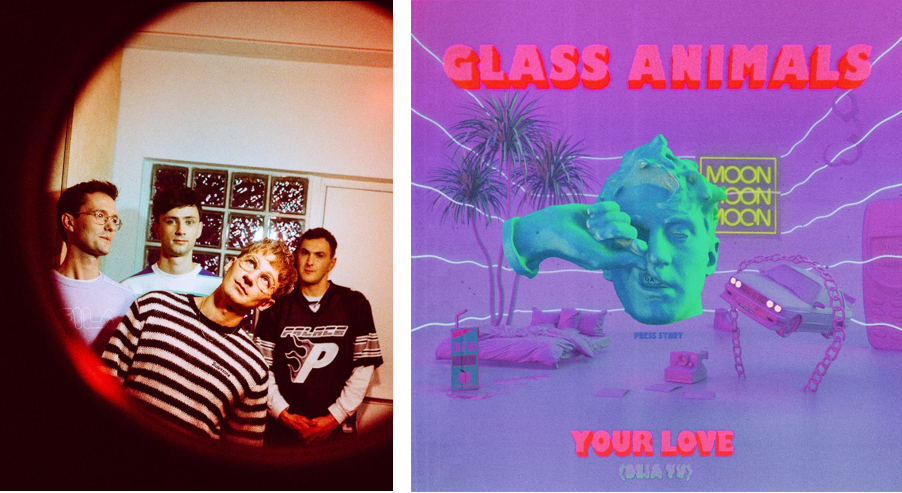 2020 already promises to be a momentous year for Glass Animals—the universally-adored British four-piece fronted by Dave Bayley with his bandmates and childhood friends, Joe Seaward, Ed Irwin-Singer and Drew Macfarlane. As well as producing both ZABA and How To Be A Human Being, Dave has produced “Your Love (Déjà vu)” and in the past worked with a number of artists outside of the band, including 6lack, Khalid, Joey Bada$$, DJ Dahi, Flume and MorMor. The tone for Glass Animals was set when they dropped bombshell release “Tokyo Drifting” feat. Denzel Curry at the close of last year and celebrated by playing a packed-out, surprise secret show in a tiny venue in Oxford.

It was an important moment for Glass Animals, their first headline show playing together since drummer Joe Seaward’s cycling accident in 2018. The success and reaction to the show fortified the band to announce an extensive but incredibly intimate run of shows around the world this spring—playing some of the spaces they played when they first started out, reminding themselves of what they have and what they nearly lost, and crucially, a big thank you to the fans who supported them throughout.