SURVIVALTOUR KICKS OFF IN ATLANTA ON NOVEMBER 22 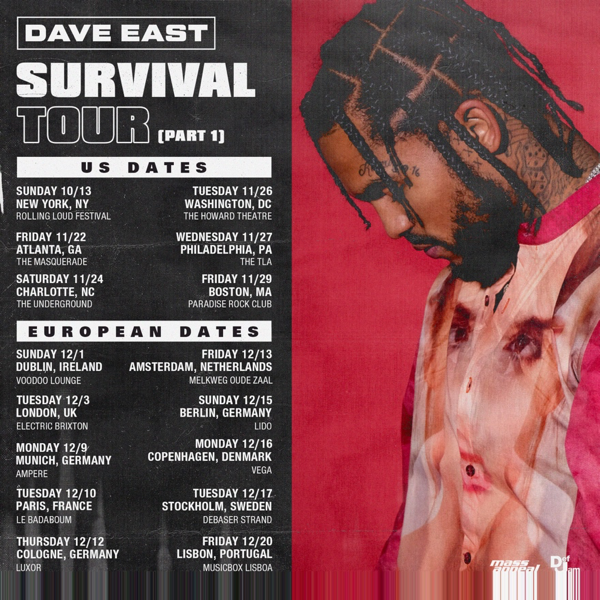 Dave East – whose legendary mixtapes have amassed over one billion global streams – adds to his track record with“Everyday” featuring Gunna.  The menacing video for “Everyday,” directed by Andrew Sandler, features Dave East in the midst of a high stakes poker game, intercut with Gunna trading bars with East in a dimly lit room – watch HERE.

“Everyday” was part of ‘Survival Pacc,’ Dave East’s two-song summer release, which also included “Wanna be a G” featuring Max B. ‘Survival Pacc’ arrived with a trailer culled from documentary footage following Dave from the streets of his native Harlem to the studio and the making of his SURVIVAL debut album. The eagerly anticipated record is the culmination of Dave’s years as a rising star and his recent flurry of activity outside of the music space. Listen to Survival Pacc HERE .