Filled with anthemic hooks and super-charged verses the Dollyrots new album Daydream Explosion is out now on Wicked Cool/The Orchard. Today Pure Grain Audio premieres the official video for the song “I Know How To Party,”.

“I know how to party is a song poking fun at ourselves and making the point that life is supposed to be fun. No one is perfect but everyone can party!” – says Kelly Ogden

“Animal” is as ferocious of an opener as its name implies, and kicks off an amazing triple threat at the beginning of the album along with “Everything” and “In Your Face,” serving up some powerful pop-punk tunes” – PunkNews

“As for “Daydream Explosion,” it’s almost breathtaking that Ogden and Cabezas can find this much-untilled soil in a genre seemingly doomed to redundancy. Their songs are three-minute rascals that grab you by the earlobes and pull you along. The guitars are razor-sharp; the percussion hits you like a slap in the face; and Odgen is ever the bratty, mischievous bandleader” – BuzzbandsLA 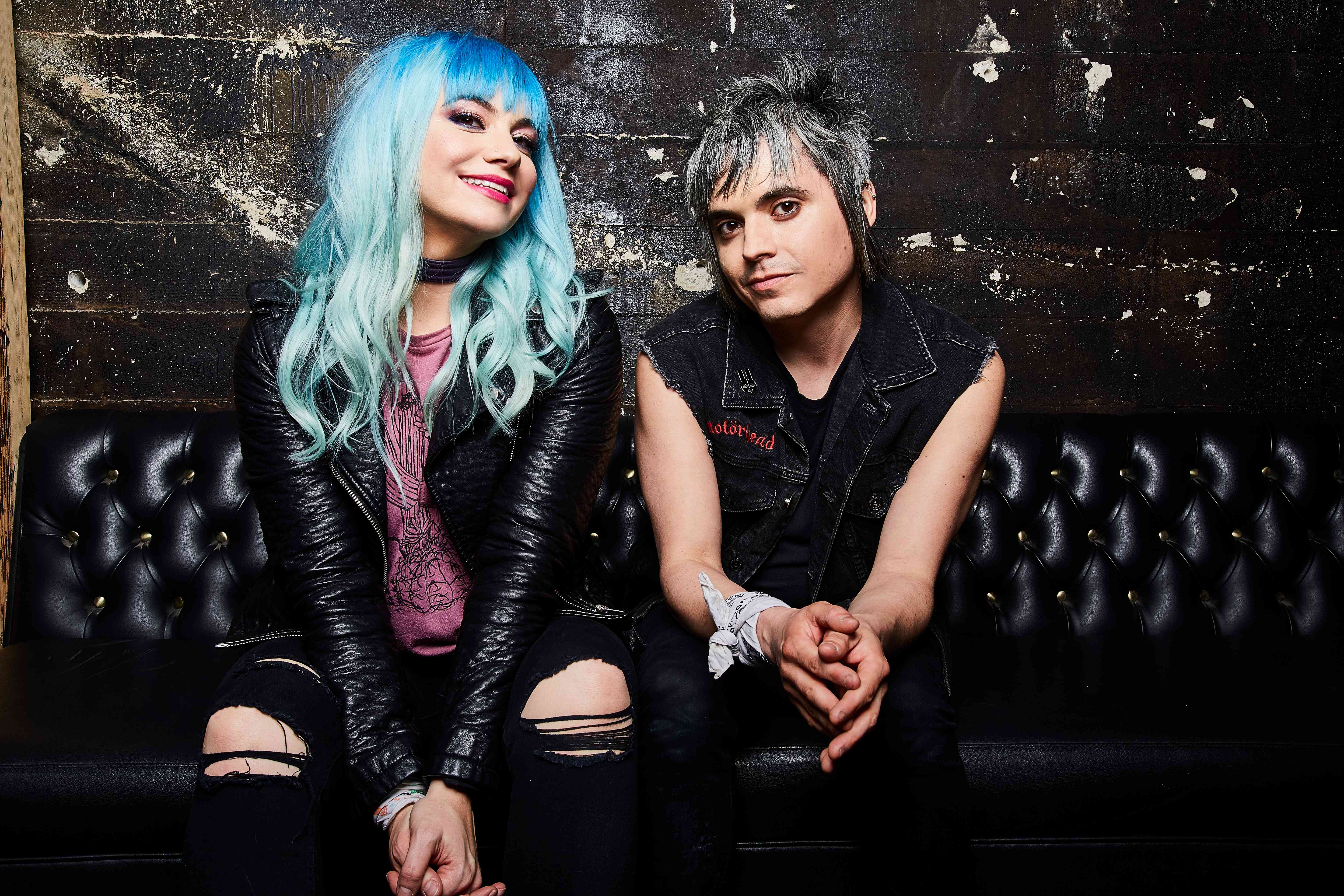 The twosome has had great success taking the DIY approach with their last three releases hitting the Billboard charts. Their 2017 album Whiplash Splash debuted on both Billboard’s Heatseekers chart at #13 and Billboard’s Independent Albums chart at #31. The band’s 2016 live album/DVD Family Vacation: Live in Los Angeles debuted at #15 on Billboard‘s Heatseekers album chart, and Barefoot and Pregnant garnered their first chart appearance, peaking at #7 on Billboard‘s Heatseekers. This time around they have decided to join forces with Stevie Van Zandt’ s Wicked Cool Records/ The Orchard for the new album release. A label that evolved out of Van Zandt’s weekly syndicated radio show Little Steven’s Underground Garage, as it became clear to him some of the best Rock and Roll wasn’t receiving the support it deserved.  The duos alliance with Wicked Cool began with the singles “Get Radical” in 2018 and “Everything” this spring.