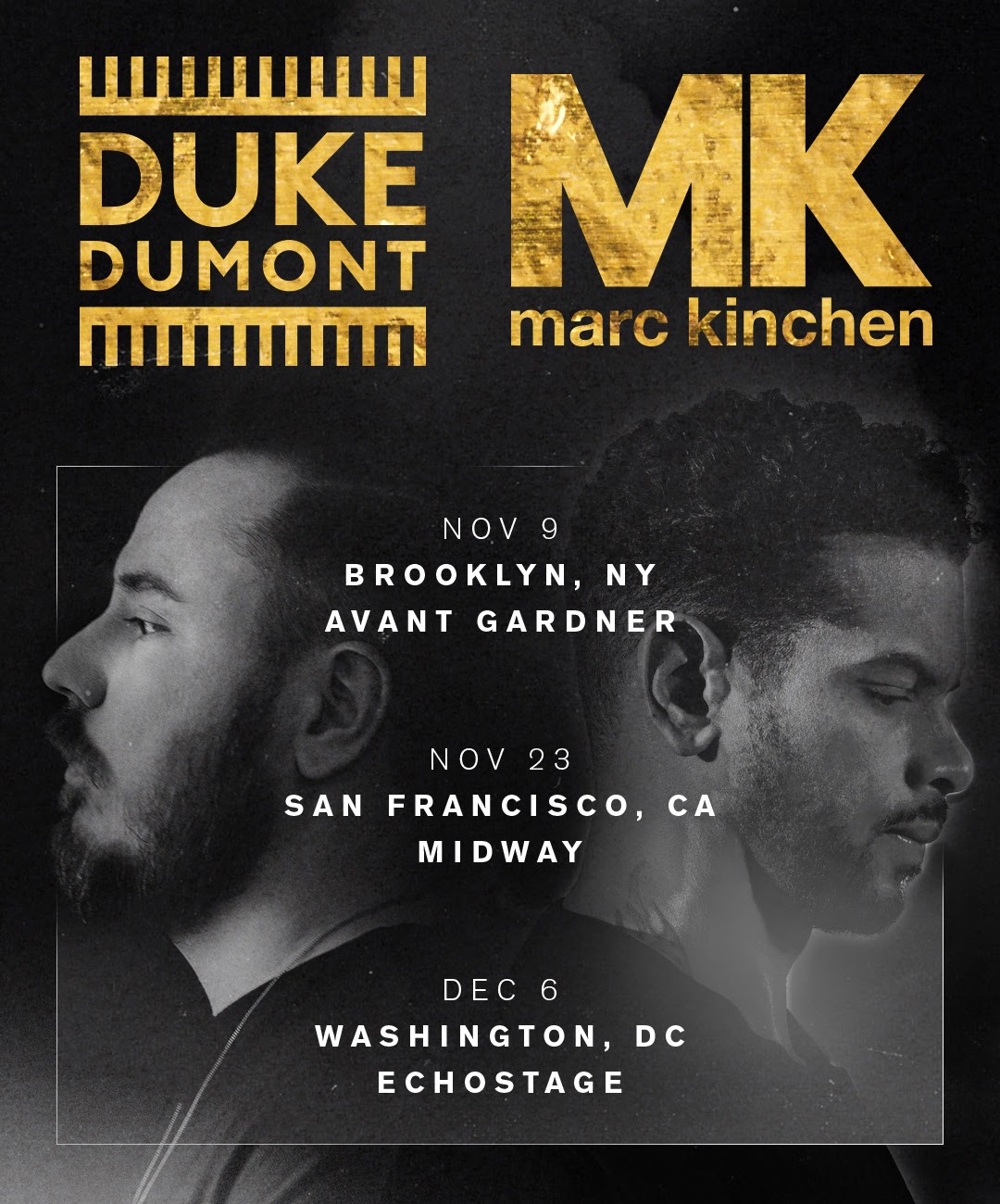 The duo graces the stage in Brooklyn, NY at Avant Gardner November 9, in San Francisco, CA at Midway November 23, and Washington, D.C. at Echostage December 6.

This trio of exclusive shows brings together a pair of the hottest performers in the world. It stands out as a rare moment for electronic music and a once-in-a-lifetime opportunity to catch these legends on the same bill together. These shows will undoubtedly sell out!

Duke Dumont remains a global dance floor force worldwide. To date, he has gathered over 2 billion total streams and counting. Most recently, his latest single “The Power” [feat. Zak Abel] clocked over 6 million streams with Dancing Astronaut dubbing it, “light, infectious, and vocal-driven—common ingredients of a Duke Dumont hit designed to perfection.”

Responsible for creating some of the defining sounds and biggest tracks of early and contemporary house music (check out this SPIN article), MK continues to evolve as one of the most in-demand producers and DJs. His latest tracks “There For You” with Gorgon City and current summer hit “Body 2 Body” has racked up global streams in the millions already. Last year MK’s gold-selling single “Back & Forth” peaked at #12 in the Official UK Top 40 Singles Chart and remains a mainstay on streaming playlists everywhere. This was preceded by 2017’s “17,” Kinchen’s most successful career release, amassing just under 300 million Spotify streams to date. Later this year he will release Anabel Englund’s debut EP Messing with Magic as his first official artist offering for his Area10 label via Ultra Music outside of his own productions. His remix with NightLapse for her scintillating single “So Hot” is out now.