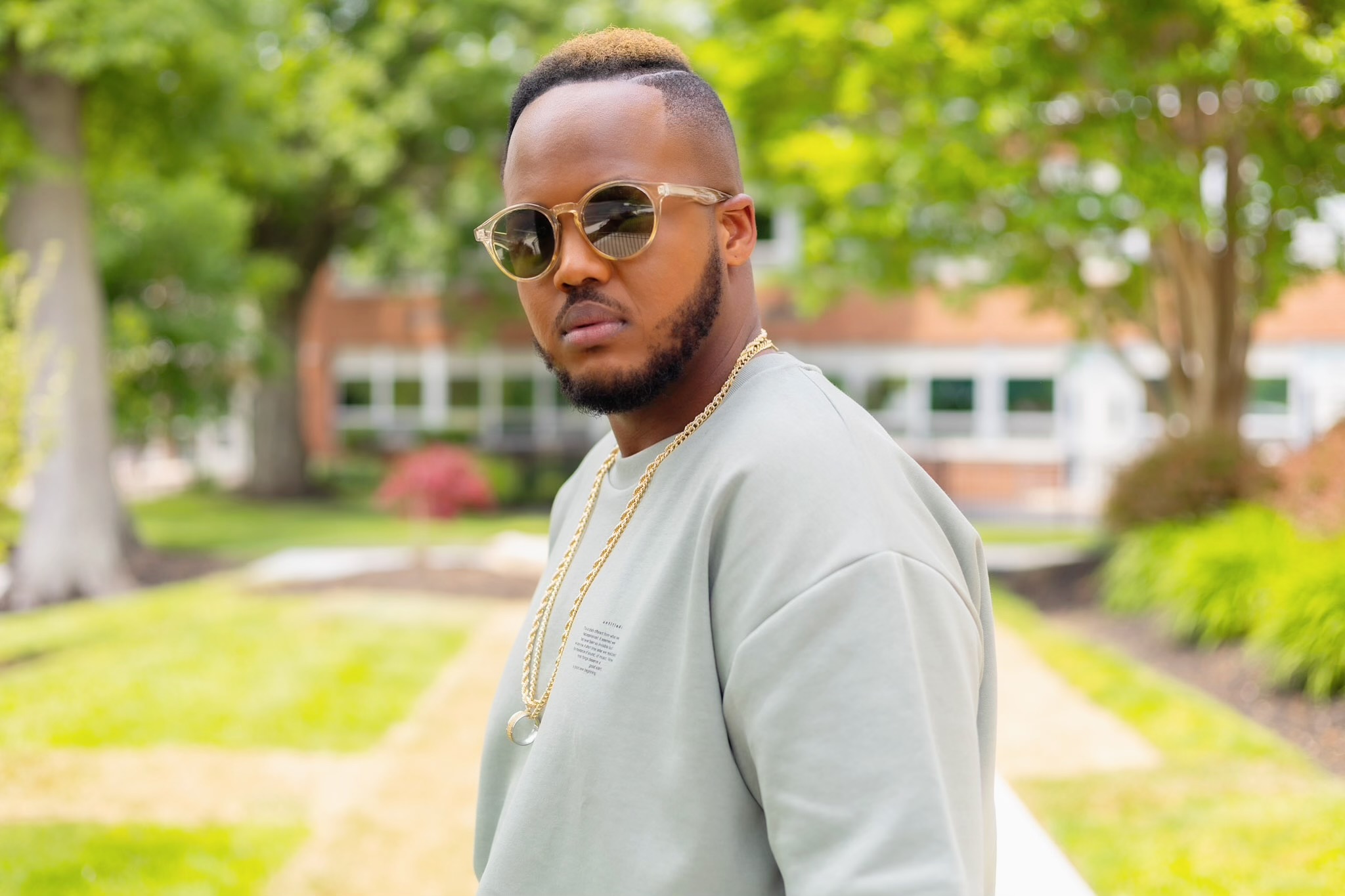 Michael B. Carroll Jr. is an American singer-songwriter, poet, rapper, and executive music producer. Professionally known as Mykii J, Michael earned his first public acceptance after publishing his first poem, “Behind the Georgian Marble Walls” (2018), in The Esthetic Apostle literary magazine. He then went on to publish his work in other prominent journals, including Maudlin House (2019) and KOSMOS Journal (2020). Mykii gained further acclamation after the release of the books “The Dichotomy Between Light and Dark” (2019), “Songs of an Indomitable Spirit” (2020), and the freestyles “Whole Lotta Choppas” (2020), “Holiday (2020), “Body” (2020), and “Nunnadet Sh*t” (2021).

“Mustache” is the lead single from up-and-coming hip-hop/pop artist Mykii J and will be featured on his forthcoming debut album titled “Music 4 Mutants Vol. 1”. “Mustache” is a sexy, hard-hitting club song. The song’s instrumental is heavily inspired by Arabic music, combining sitar riffs with pulsating drumbeats, making it a unique, modern hip-hop record. Mykii J, confidently and effortlessly, exhibits his rap and bedroom skills on the club-banger, “Mustache” available on all streaming platforms on Friday, July 2nd, 2021.

In 2020, Mykii J started writing music, the same time when he was pursuing his second bachelor’s degree in nursing. In May 2020, he had written and co-produced his first full song, “Crime Scene”. Mykii J’s first experience as a solo performer in front of a live audience happened in October 2019; he was a featured poet at the Moonstone Arts Center in Philadelphia, PA, where he recited many of his poems, such as “The Great Depression” “Toe Tappin’,” “The Plight of Being Subhuman,” etc., some of which were unreleased at the time. The Moonstone Arts Center released an anthology named “2019 Featured Poets Anthology”, in which Mykii’s poem Shuck ‘N’ Jive was showcased. In January 2020, his poem “Interlude: Reminiscing About the Days” was showcased in the Winter 2019 edition of Wingless Dreamer as a part of their “Passionate Penholders” anthology. In February 2020, Mykii earned the coveted “Featured Poet” title in KOSMOS Journal, where many of his poems were showcased, including “Dreams” and “Interlude: Aren’t We Golden?”

Mykii J’s style can be referred to being uniquely sleek, with razor-sharp bars, and his singing voice is delightfully sensual. In the words of “Broken 8 Records”, Mykii is “a blossoming talent with a penchant for creating sensual RnB vibes and sharp hip-hop verse.” He attributes his rap style to different artists, like Nicki Minaj, Kanye West, Lil Wayne, Missy Elliott, and Busta Rhymes. He points at Stevie Wonder, Michael Jackson, Frank Ocean, and Justin Timberlake as his influences and inspiration for vocals and songwriting. Mykii likes to expose himself and gain knowledge from a variety of music genres and other artists, including The Cranberries, Bjork, Kate Bush, and Solange.

Mykii’s interest and passion for music and creating art through poetry helped him discover his inner talent of songwriting and rapping. He has recently completed work on writing, recording, and executive producing his debut album, “Music 4 Mutants Vol. 1”, which is slated for release on July 30, 2021.