As someone who has been going to concerts for the majority of my life, I had never gone to see a show at Thalia Hall. Chicago has some of the best music venues in the Midwest and Thalia Hall is no exception to that. The inside felt very inviting and intimate which is exactly the vibe you would want for a show like Japanese Breakfast. It did not take long for the venue to begin to fill up. soon before Luna Li took the stage.

Toronto native Luna Li opened up the show performing beautiful indie-pop songs that set the stage for the rest of the night. Sometimes being an opener on a smaller tour can be difficult because not everyone knows who you are but Luna and her band kept their energy up from start to finish. Throughout her set, she told a sweet story about the guitar she was playing and how she bought it off of a dad on Facebook who had bought the guitar for his daughter but she was too small to play it. The crowd all let out an “awww” in unison. As her set went on, the crowd had really taken a liking to her and started to dance a lot more, especially once she brought out her violin and started dancing. One specific guy in the crowd really took a liking to her and kept yelling things hyping her up. Once Luna’s dreamy indie-pop performance came to an end, the crowd went crazy cheering for her. It was clear to me that they wanted more and people who didn’t know her before will definitely be checking her music out later, myself included.

The Crowd did not have to wait much until Japanese Breakfast took the stage. She and her band came out with electrifying energy and opened with her song “Paprika“. Japanese Breakfast had so much to give during her performance from her uplifting dancing to her slamming a huge gong on stage for her first song. The crowd was loving it. People of all ages were in the crowd just singing along, dancing, and having a good time. Throughout the show, she even played her song “Heft” which a fan on Twitter had requested. Towards the end of the set, she covered Dolly Parton’s “Here You Come Again” which was a pleasant surprise. Once her show came to an end, the crowd kept on cheering long after she had left the stage. She ended up coming back to do a two-song encore. for her song “Posing for Cars“, she absolutely shredded the guitar solo at the end and the crowd went crazy. Overall, the show brought a lot of good and warm vibes which is what we could all use especially during times like these. I did not listen to much of Japanese Breakfast prior to this show but she definitely made a fan of me by the end of it. 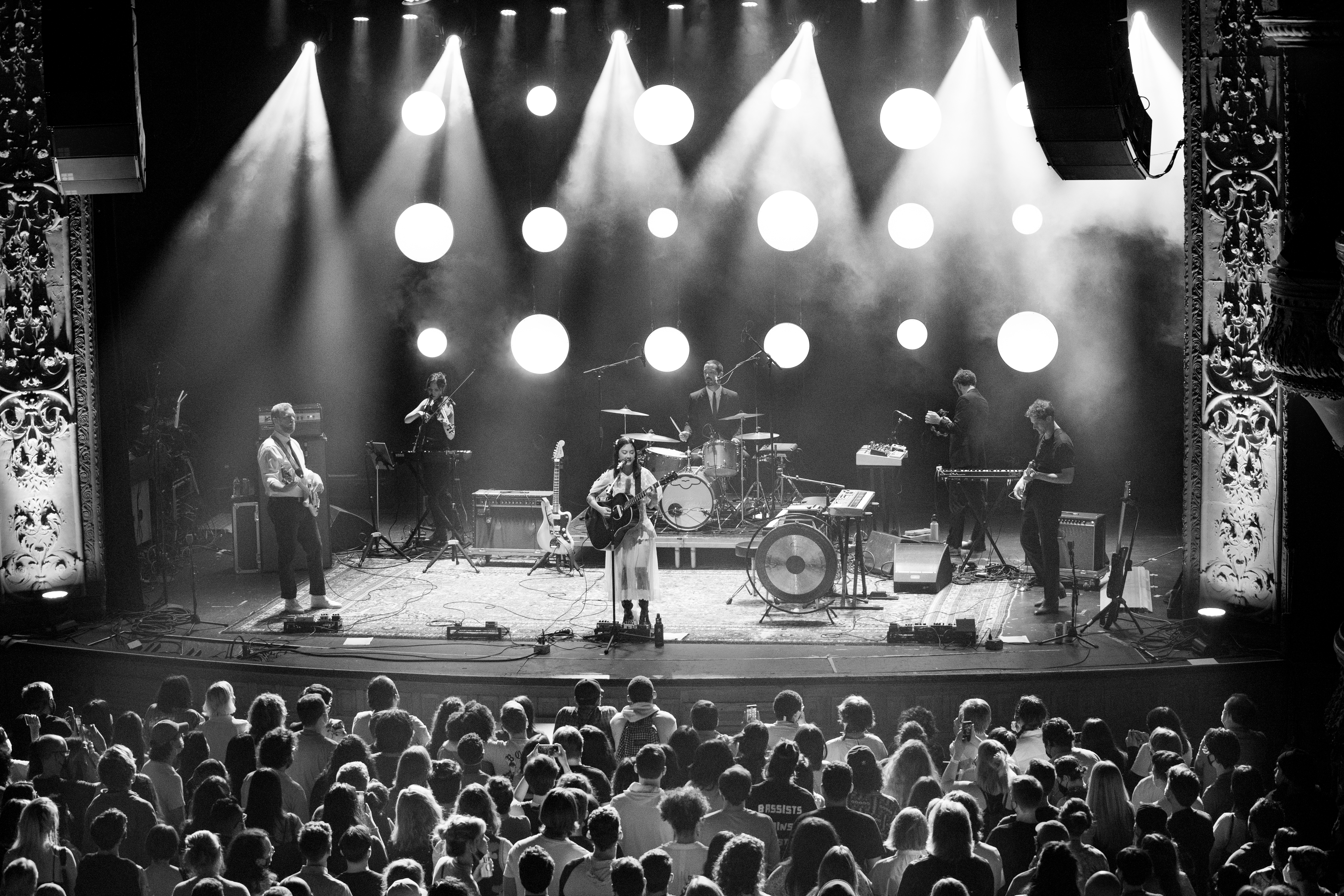