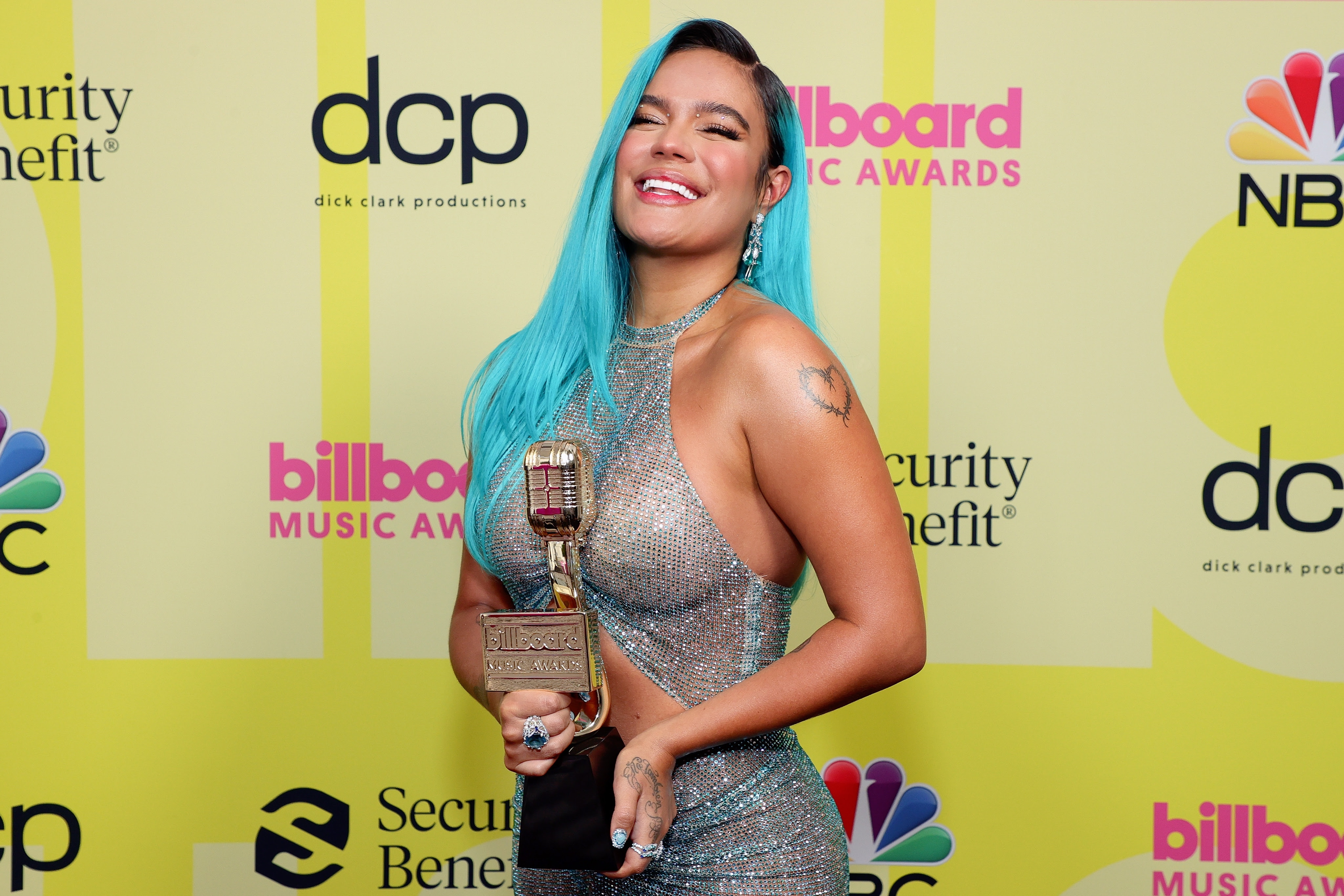 Global superstar and Latin music leading female, KAROL G, continues to strengthen her international dominance after successfully participating in the 2021 Billboard Music Awards. The multi-platinum singer-songwriter triumphed taking home the award for Billboard “Top Latin Female Artist,”demonstrating her progressive reach and influence in the music industry. She also performed a medley of her most recent top hits, “BICHOTA“ and “EL MAKINON.“

KAROL G’s performance undoubtedly enchanted hundreds of thousands of fans and viewers. The artist gave it her all on stage, singing with attitude around an imposing rustic truck that served as a symbol of the songs she presented. Performing on a colorful and illuminated stage, the singer was accompanied by dancers with whom she brought a lot of energy, enthusiasm and empowerment to the show. Despite it being her first time performing on such a prominent stage, KAROL G left an indelible mark on the show, once again proving her expansive artistic ability and position as one of the most prominent musical acts.