Kenyan rapper KayCyy releases the video to his song “Stay Up” featuring Lancey Foux via Columbia Records. Directed by ABOVEGROUND, the grungy visual features KayCyy as he bounces around the London streets for a day of adventures.

Watch the new video above and stay tuned for new music from KayCyy coming soon. 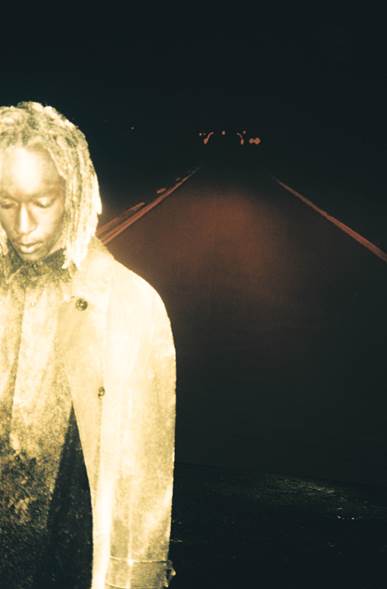 KayCyy has made a business out of vibes. Infusing surrealistic soundscapes with metallic vocals and impressionistic lyrics that spill out like secrets, the 24-year-old GRAMMY-nominated Kenyan native merges confidence with clandestine cool, delivering sleek, immersive songs for a new generation of ragers. He blends those gifts wherever he goes, from Ye’s Donda—where he made multiple contributions—to “Flew By You,” a dreamlike single.

On that track, he flaunts spurts of whispery falsetto as he showcases the stylish verve that’s earned him a growing legion of fans. After dropping a couple of mixtapes, KayCyy started breaking out in 2017, when he connected with BuVision executive Abou “Bu” Thiam. With his backing, KayCyy landed multiple high-profile features, a writing credit on Lil Wayne’s Funeral(2020), and an introduction to Ye out in Los Angeles.

Impressed by KayCyy’s melodies, Ye inducted him into what KayCyy would come to call the “Yeezy School of Music,” and some of their collaborations landed on Donda. His delicate vocals on “Keep My Spirit Alive” earned him his first GRAMMY nod when Donda was nominated for Album of the Year. With Ye adopting him as a member of his new YZY SND label, KayCyy looks to the future. Part of that will, of course include the music, which will play as a reintroduction laced with all the inventive, melodious stylings he’s known for and so much more. “I’m in a great position,” he says. “But there’s still work to do.”