DJ Drama releases a new single, Nasty, feat. PNB Rock & Moneybagg Yo today.  The track is available on all DSPs and can be streamed/purchased here.

Instead of going the traditional route and releasing one single leading into an album, Drama will instead release standalone singles featuring the best of up-and-coming rappers, beginning today with Nasty. The legendary DJ, producer, executive, mogul, and cofounder of Generation Now has maintained an enduring career by consistently identifying and championing the voice of tomorrow.

Drama says, “I’m excited to release music that brings it back to the streets and showcases all the exciting new talent out there.  Look out for some real bangers and surprise guests coming soon.” 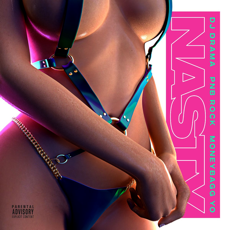 DJ Drama built a foundation for his now-legendary Gangsta Grillz series.  Moving countless physical tapes and tens of millions of downloads, his discography is highlighted by classics such as DJ Drama meets T.I. & P$C, Jeezy’s Trap or Die, Lil Wayne’s Dedication 2, Gucci Mane’s The Movie, and more. Simultaneously, he assumed DJ duties for T.I. on tour, becoming a knockout presence on stage.