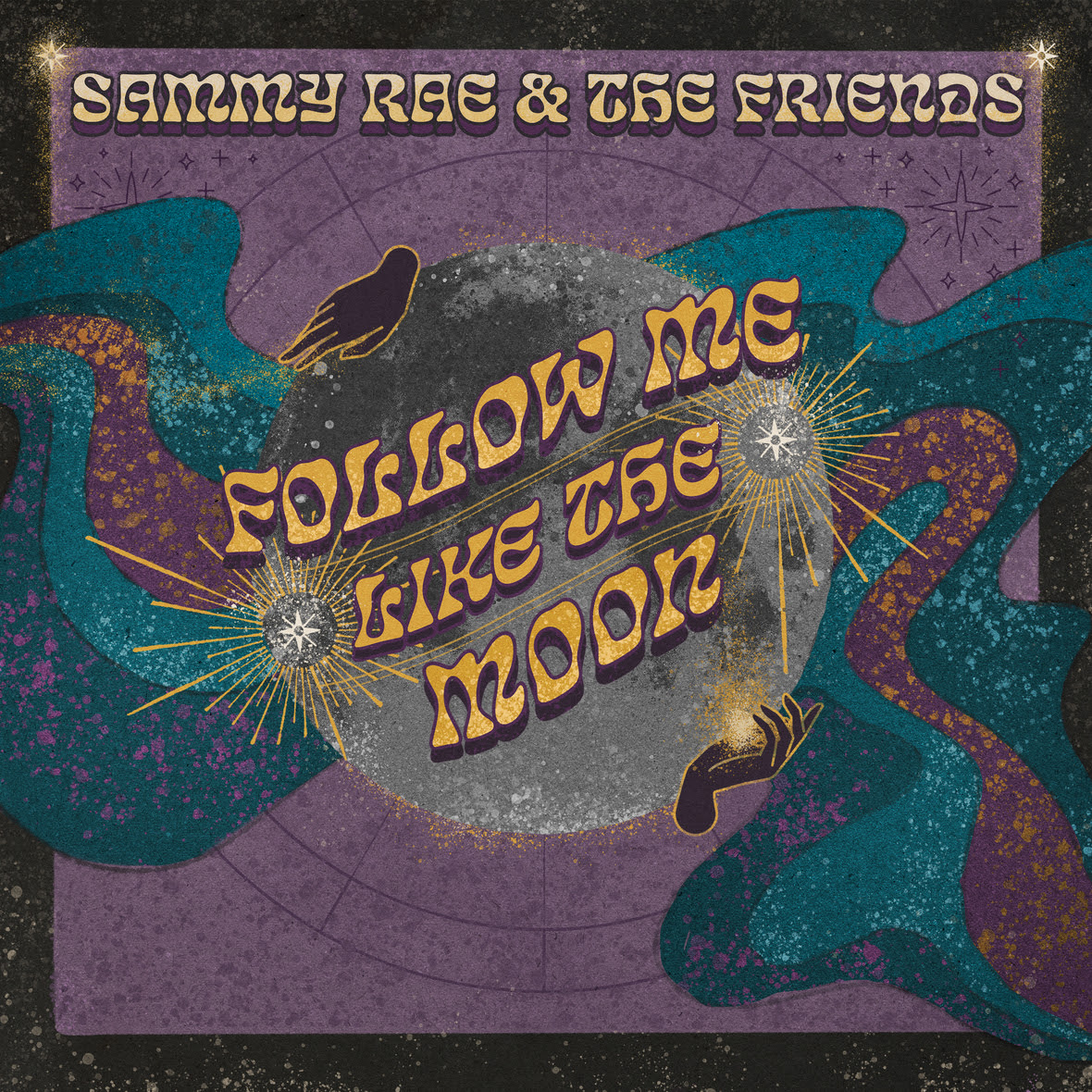 Brooklyn-based collective Sammy Rae & The Friends are back with new single “Follow Me Like the Moon” – out today (STREAM HERE). The song is their first new music since 2021’s Let’s Throw A Party EP and follows a year that saw the group grow their fanbase thanks to their inclusive and communal live shows. “Follow Me Like the Moon” is a song that became a fan favorite throughout the band’s 2021 tour and ushers in Sammy Rae & The Friends’ new era while also bringing the vibrant horns, percussion, and vocals they always deliver.

“Follow Me Like The Moon” is a dancey, laugh-at-itself song about the thoughts that linger on us all through life. Romantic feelings, fear, addiction…it examines how we are shaped and changed by the things we can’t seem to “shake off” or “sleep off.” It features celestial keyboards and raw hand percussion, a dexterous tenor saxophone solo doubled by synthesizer, and a lush grand piano outro.
– Sammy Rae, Sammy Rae & The Friends

The song arrives days before Sammy Rae & The Friends’ Follow Me Like the Moon 2022 tour kicks-off at the City National Grove of Anaheim (1,700 capacity). Despite never having performed on the West Coast, the band has sold out five back-to-back dates including two nights at The Chapel in San Francisco (1K total) along with a venue change in Seattle to The Showbox (1,150 capacity) – double the size of the original venue. Selling out shows in less than a week and in new markets is nothing new to the group whose 2021 tour included sold out first-time performances in Chicago at Lincoln Hall (500+ capacity) and Nashville’s Cannery Ballroom (1K capacity). They were able to sell out Brooklyn Steel (1,800 capacity) in NYC – 3x the size of their last NYC play – and are set to headline Terminal 5 (3K capacity) on April 30th. The band’s frontwoman – Sammy Rae – also found time between trekking around the country and selling out shows to create the viral TikTok #DancingQueenChallenge with over 190.1 MILLION views and counting.

For as much as Sammy Rae & The Friends may be a band, this diverse collective of musicians, dreamers, and artists considers itself a family first. The group flourishes in any spotlight with a combination of all-for-one and one-for-all camaraderie, palpable chemistry, deft virtuosity, and vocal fireworks. Their sound is a mélange of Sammy’s influences, rooted in classic rock, folk, and funk and sprinkled with soul and jazz. Complete with a rhythm section, horn section, keyboards, and backup singers, Sammy Rae & The Friends have delivered their high-energy, spirited and unrestrained shows to audiences all over.

Sammy Rae & The Friends’ “Follow Me Like the Moon” is out now via Nettwerk and available to stream HERE. For all up-to-date information on new music stay tuned to www.sammyrae.com and be sure to catch the band’s captivating live show at one of the many dates below.