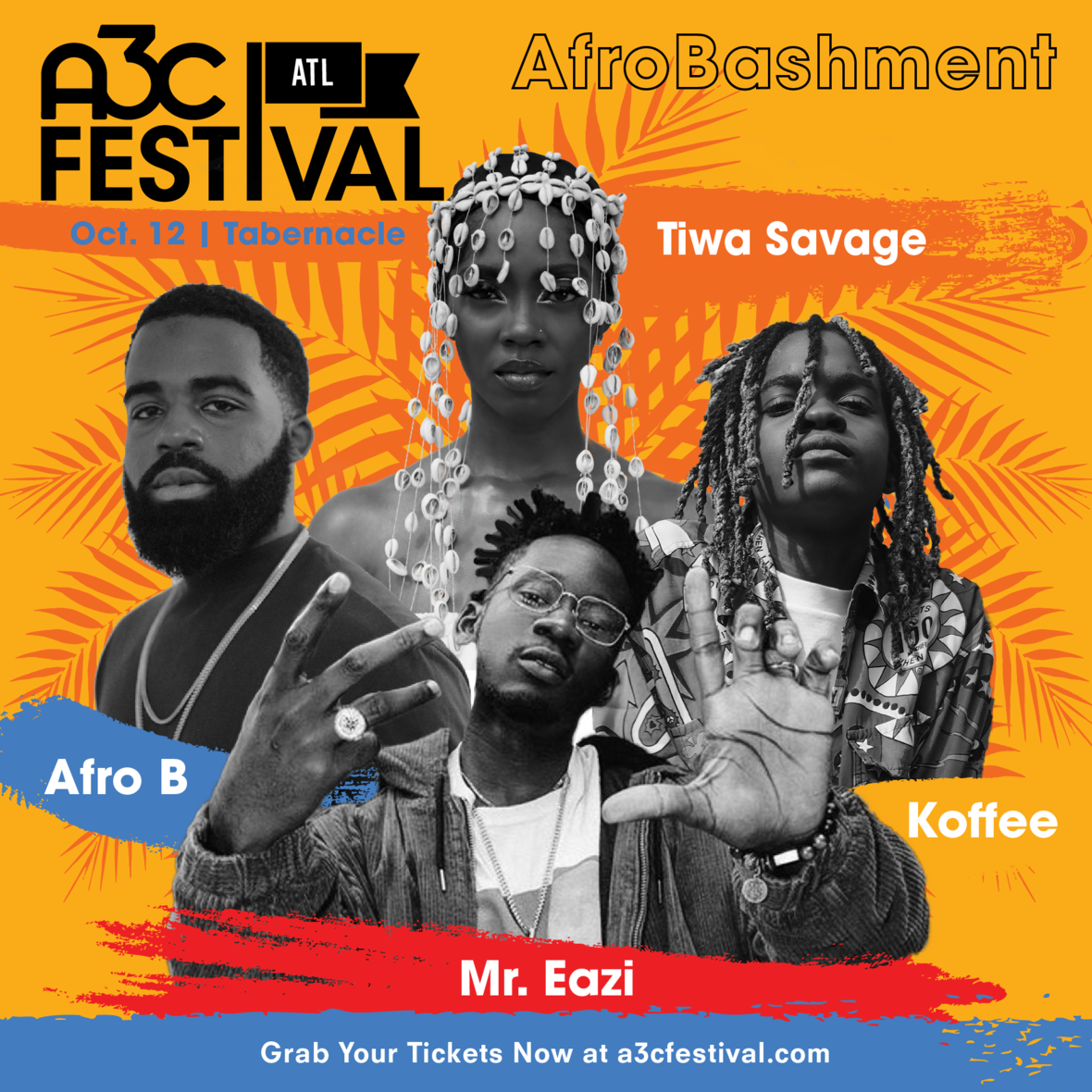 Universal heavy-hitters Tiwa Savage, Mr. Eazi, Afro B and Koffee have just been announced as the headliners for the first-ever A3C Festival “AfroBashment” stage. Taking place at Atlanta’s renowned Tabernacle on October 12th, festival goers will have the chance to witness the exploding sounds of some of the top Afro Wave scene artists.