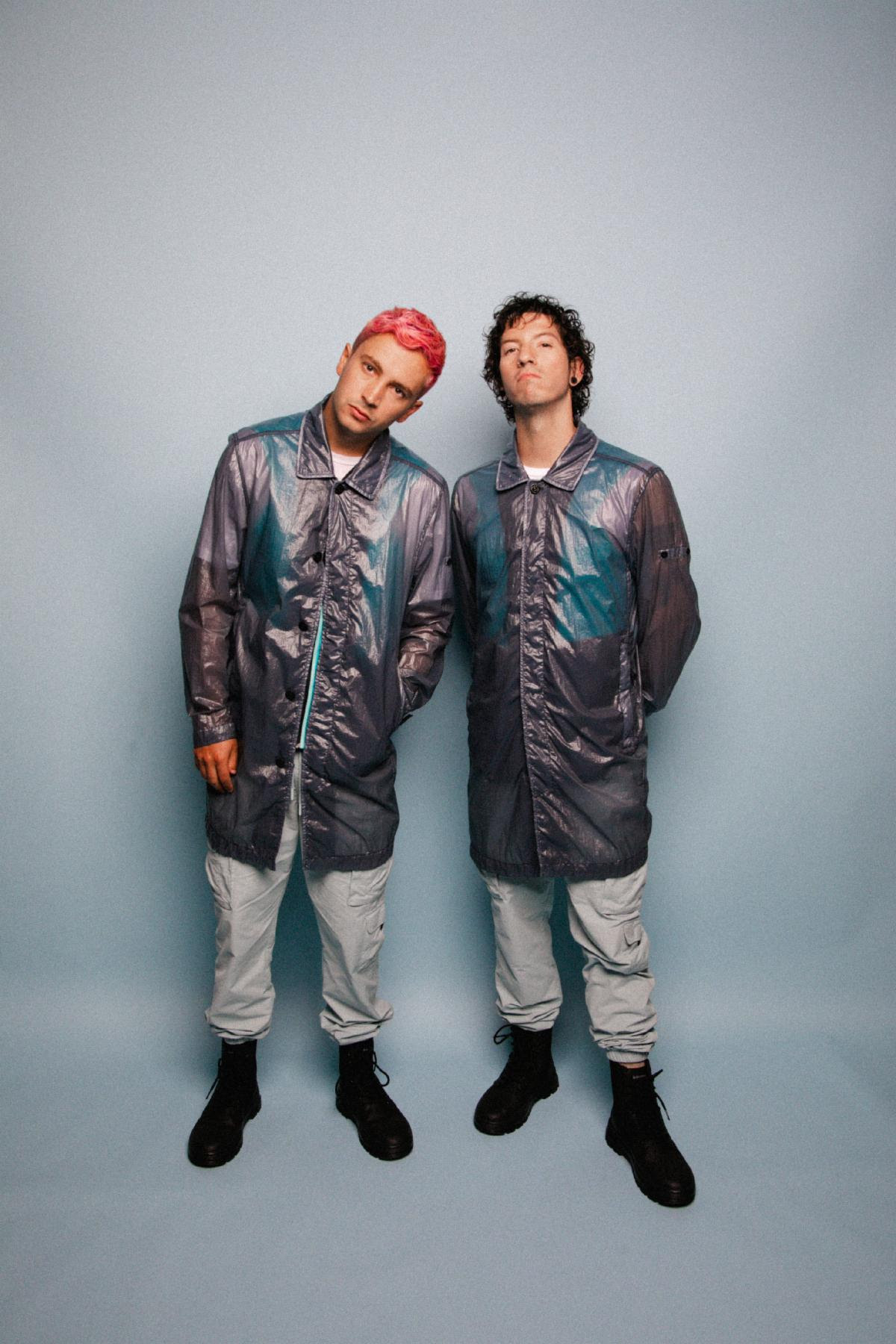 GRAMMY® Award winning duo Twenty One Pilots have announced details of their 2021 – 2022 global “Takeøver Tour.” The new dates will kick off on September 21st and see Twenty One Pilots performing multiple nights in Denver, Los Angeles, Chicago, Boston, Columbus, Atlanta, and London, scaling in each market from rare and intimate club performances to full-on arena spectacles [tour itinerary / admat below]. Registration for first access to tickets is open now via Ticketmaster’s Verified Fan platform and will run through 8:00PM ET / 5:00PM PT on Saturday, June 19th. For complete details and ticket availability for Twenty One Pilots’ “Takeøver Tour,” visit www.twentyonepilots.com/takeovertour.

Twenty One Pilots’ Josh Dun commented, “Wow. We’re playing shows again. I couldn’t visualize taking another break like we did before Trench, but then we were forced to. Live shows coming back is something I think we’ve all really been waiting for, and we can’t wait to see you again soon.”

News of the tour dates follows the recent release of Twenty One Pilot’s acclaimed new album, Scaled And Icy, which is available today on all streaming platforms and in a variety of formats at store.twentyonepilots.com. Scaled And Icy debuted at No. 1 on Billboard’s Top “Rock Albums” and “Alternative Albums” charts while landing at No. 3 on the “Billboard 200,” marking the biggest opening week for a rock album in 2021. The new record is highlighted by standouts “Saturday,” “Choker” and lead single “Shy Away,” which is currently #1 at Alternative Radio for an eighth consecutive week. Having ascended to #1 at the format in just three weeks, “Shy Away” places the duo in an elite group of acts with multiple songs to rise to #1 at the format in three weeks or less including: U2, R.E.M., The Cure, Linkin Park, Red Hot Chili Peppers, and Foo Fighters.

Written and largely produced by Tyler Joseph in isolation over the course of the past year at his home studio, with Dun engineering the album’s drums from across the country, Scaled And Icy is the product of long-distance virtual sessions and finds the duo processing their upended routines along with the prevailing emotions of 2020 – anxiety, loneliness, boredom, and doubt. The duo had to forgo their normal studio sessions but reached a new of level of introspection in the process, adopting a more imaginative and bold approach to their songwriting. The result is a collection of songs that push forward through setbacks and focus on the possibilities worth remembering. Scaled And Icy is Twenty One Pilots’ first studio album in three years and follows their RIAA Platinum certified LP, Trench.

In 2020, Twenty One Pilots surprised fans with standalone singles “Level of Concern” and “Christmas Saves The Year.” “Level of Concern” reigned at Alternative Radio for 12 weeks straight and cracked the Top 25 on Billboard’s “Hot 100” chart, while also achieving RIAA Gold certification. The track propelled the band to victory at the 2021 iHeartRadio Music Awards where they took home “Alternative Rock Song” and “Alternative Rock Artist Of The Year” awards, in addition to an American Music Award in 2020 for “Favorite Artist – Alternative Rock.” Furthermore, the history making regenerative video for “Level of Concern” broke the GUINNESS WORLD RECORD™ for the longest music video. “Christmas Saves The Year” arrived at the tail end of 2020 and debuted on Billboard’s “Alternative Airplay” chart becoming the first holiday-themed song to make the list since 2012.

Twenty One Pilots’ 2018 LP Trench ushered in a new era for the duo from Ohio. Earning Platinum certification from the RIAA, the album was met with critical acclaim with Billboard declaring, “Trench revels in the confounding genre-blurring and cavernous conceptualism that has defined Twenty One Pilots.”  A true global phenomenon having surpassed two billion streams worldwide, Trench is highlighted by the RIAA Gold and Platinum certified alternative hits “The Hype,” “Chlorine,” and “Jumpsuit.” “Jumpsuit” stands as the decade’s fastest rising song to reach #1 on Billboard’s “Alternative Songs” chart and earned the duo their fourth GRAMMY® nomination (Best Rock Song). The acclaimed conceptual collection also features the RIAA Gold-certified “Nico And The Niners” and the RIAA Platinum-certified single “My Blood.” 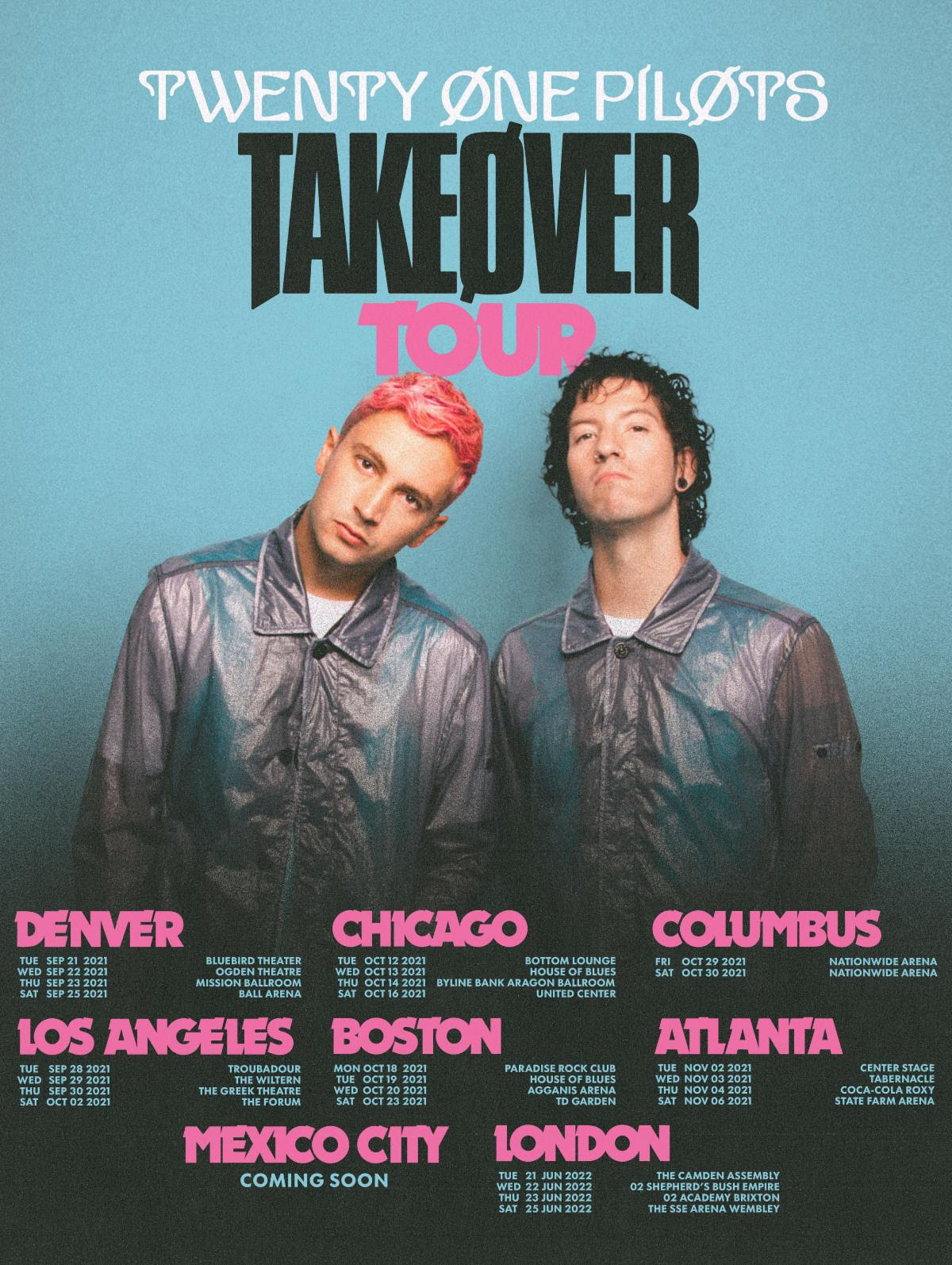