Following the release of his debut mixtape last week, rising rookie YSB Tril (LISTEN TO THE KIDS/Interscope Records) dashes back with his latest visual, “HOTSHOT.” Directed by Nicholas Jandora, Tril’s humor is on full display. Under Jandora’s direction, Tril not only takes a drive with an elderly lady, but he also squeezes time to dunk on a kid and sits in on a therapy session. His penchant for thrill and theatrics continues when he gives his therapist some plastic surgery.

“HOTSHOT” is one of the many swaggering records whipped up by Tril on his 13-track project. Tril has previously garnered success with his previously released singles “AIN’T THE SAME” and “TOUCHDOWN,” featuring Bankrol Hayden as each record amassed over six million streams globally. The former became a popular song in the sports world after the NBA and Toronto Raptors used it before tip-off during the regular season. As part of his mixtape release, Tril performed “ALL DA ACTION” and “HOTSHOT” last week for the Toronto Ultra halftime show. To date, Tril’s HOTSHOT project is over 17 million streams.

So far in his career, the rising rookie showcased his versatility and rock-solid work ethic, amassing his streaming totals to a whopping five million independently. Last year, Tril earned him a performance slot for NBA #2KFest celebration. Tri’s rapid ascension equally enthuses publications. GrungeCake lauded the young hyphenate for his “undeniably catchy, singsongy hook and fast-paced verses” on “Do It Most.” Flaunt Magazine highlighted Tril’s action-packed video “ALL DA ACTION” and dubbed him “a force to be reckoned with.” Lyrical Lemonade applauded Tril for having a “natural and effortless flow you cannot teach.”

Tril also thrives on self-reliance, as he is proven to record his music, film his videos, and even developed a strong connection with his fans on social media. With Roddy Ricch and Juice WRLD serving as influences, YSB’s road to greatness will come sooner than later. 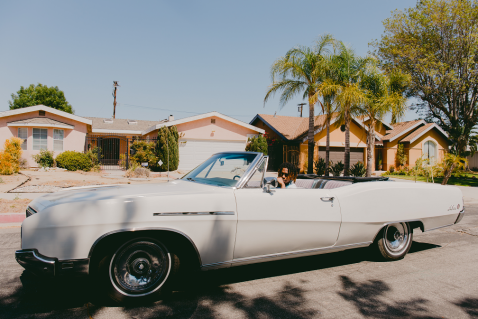