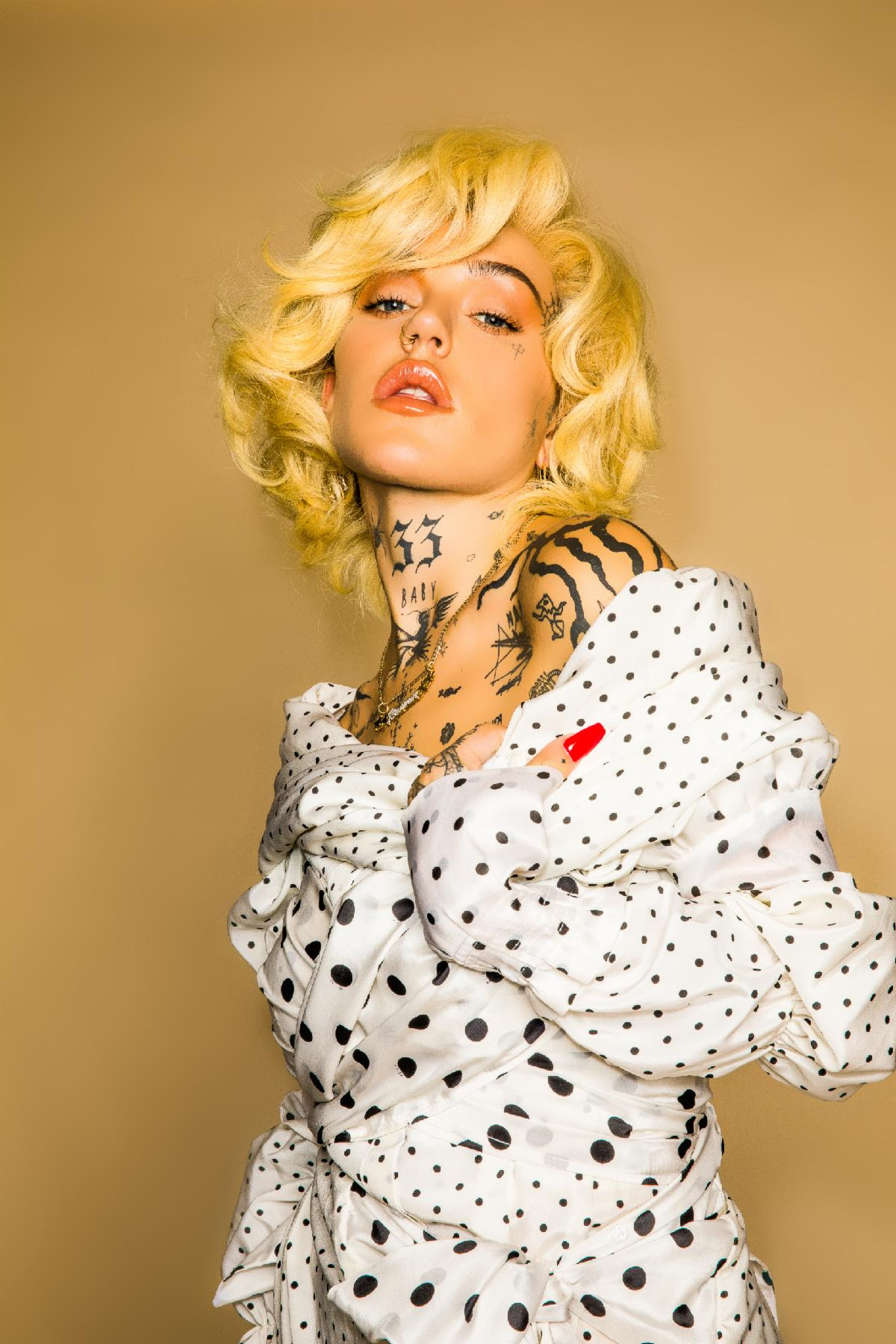 Brooke Candy has released “Drip,” her latest, sweat-slicked anthem featuring Real Housewives of Beverly Hills fan-favorite and outspoken songstress Erika Jayne. The track which oozes sex appeal and appears on Brooke‘s upcoming debut album SEXORCISM – out this fall.
“The collaboration felt natural and authentic to our aesthetic. I love that Brooke is fearless and very confident in who she is, which made me want to work with her even more!” said Erika.
Kicking off New York Fashion Week with a tantalizing, surprise joint Barclay’s Center VFILES runway show performance that was choreographed by Mikey Minden, teased the release of “Drip,” and electrified an audience of thousands, Brooke made a splash by gracing the front rows of The Blonds, AREA, Kaimin, Lou Dallas, Barragan, Gauntlett Cheng, and more, and got ready with Alexander Wang for his exclusive Alexander Wang x Bvlgari fashion week party.
“Drip is a song about female empowerment. It’s about owning your pussy and feeling free and fun in your skin,” said Brooke on the collaboration. “The cool thing about collaborating with Erika is that she’s full fantasy, which is something I try to embody. She does exactly what she wants to do. Feminism to me is doing whatever you want, whenever you want, and I think this video makes that very clear!”
“Drip” arrives on the heels of Brooke‘s recently-released single “XXXTC,” which features Maliibu Miitch and pop hitmaker Charli XCX, is quickly adding to her over 28 million YouTube streams, and received immediate praise of Billboard, Pitchfork, HYPEBEAST, The Fader, Paper, Nylon, V Magazine, L’Officiel, and more. Brooke‘s latest collaboration follows her on her path to eradicate shame and reclaim female sexuality from a culture that seeks to suppress it. Taking her back to her underground, sexually-liberated roots, Brooke’s upcoming album SEXORCISM welcomes an all-star lineup of female guest features who explore radical female expression with an authenticity rediscovered through last year’s pop-punk collaborations; like the deeply feminist “My Sex,” featuring Pussy Riot, Mykki Blanco, and MNDR.
Marking Brooke‘s second single since signing to NUXXE, the record label home to Shygirl and COUCOU CHLOE, “Drip” follows a string of collaborations with Sega Bodega, who produced the track alongside Oscar Scheller and Raf Riley. Last year, Brooke directed a video for his self*care project, while Sega contributed sound design to her landmark adult film I Love You.