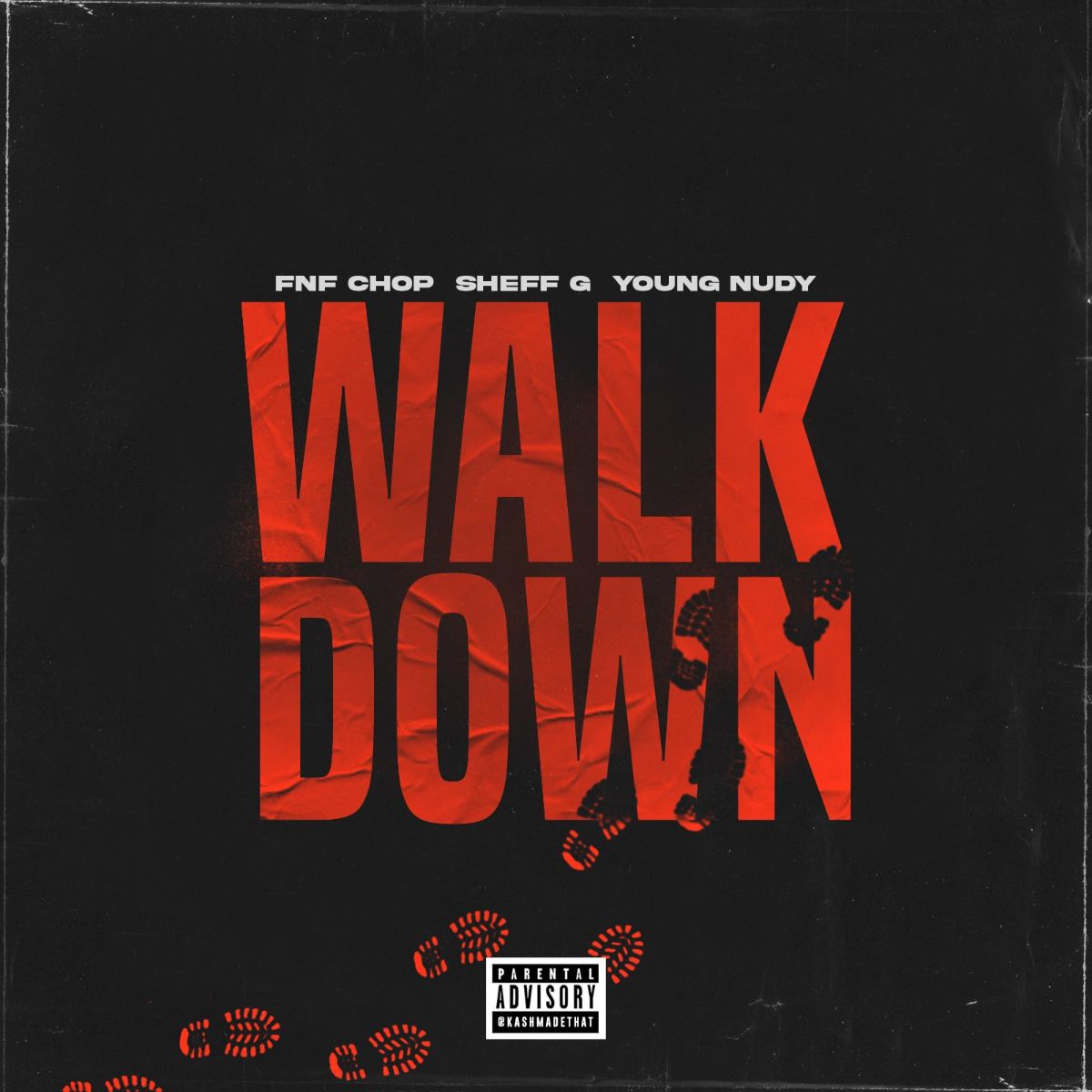 The 22-year-old Richmond, VA-based rapper, FNF Chop has just released the remix of his bouncy and bass-heavy TikTok-viral track, “Walk Down” featuring Sheff G and Young Nudy. Following its initial release in early January, “Walk Down” was natively uploaded to over a million TikTok videos, streamed over 10 million times, and prompted the Walk Down Dance Challenge with participants including Coi Leray. Like the song’s initial release in January, the “Walk Down” Remix arrives while FNF Chop remains incarcerated in the Richmond Correctional Facility. He was sentenced in June of 2020 after violating his parole by testing positive for marijuana, a substance that has since been decriminalized in his state.

Earlier this spring, his fans learned that FNF Chop contracted COVID-19 twice since he’s been incarcerated. With the help of his mother and his manager, FNF Levy, Chop’s fans united to shed light on the situation by launching the #FreeFNFChop movement and releasing a new video for “Walk Down” which showcased hundreds of supporters doing the Walk Down Dance Challenge. The movement successfully drew attention to FNF Chop’s situation and his story has since been picked up by media outlets including HipHopDX, The Commonwealth Times, Richmond’s FOX 8, and others.

Thankful for the attention and appreciative of the support he’s received from his fans as well as Sheff G and Young Nudy who’ve jumped on the “Walk Down” Remix, FNF Chop remains hopeful for the future and looks forward to releasing even more music upon his release later this year.