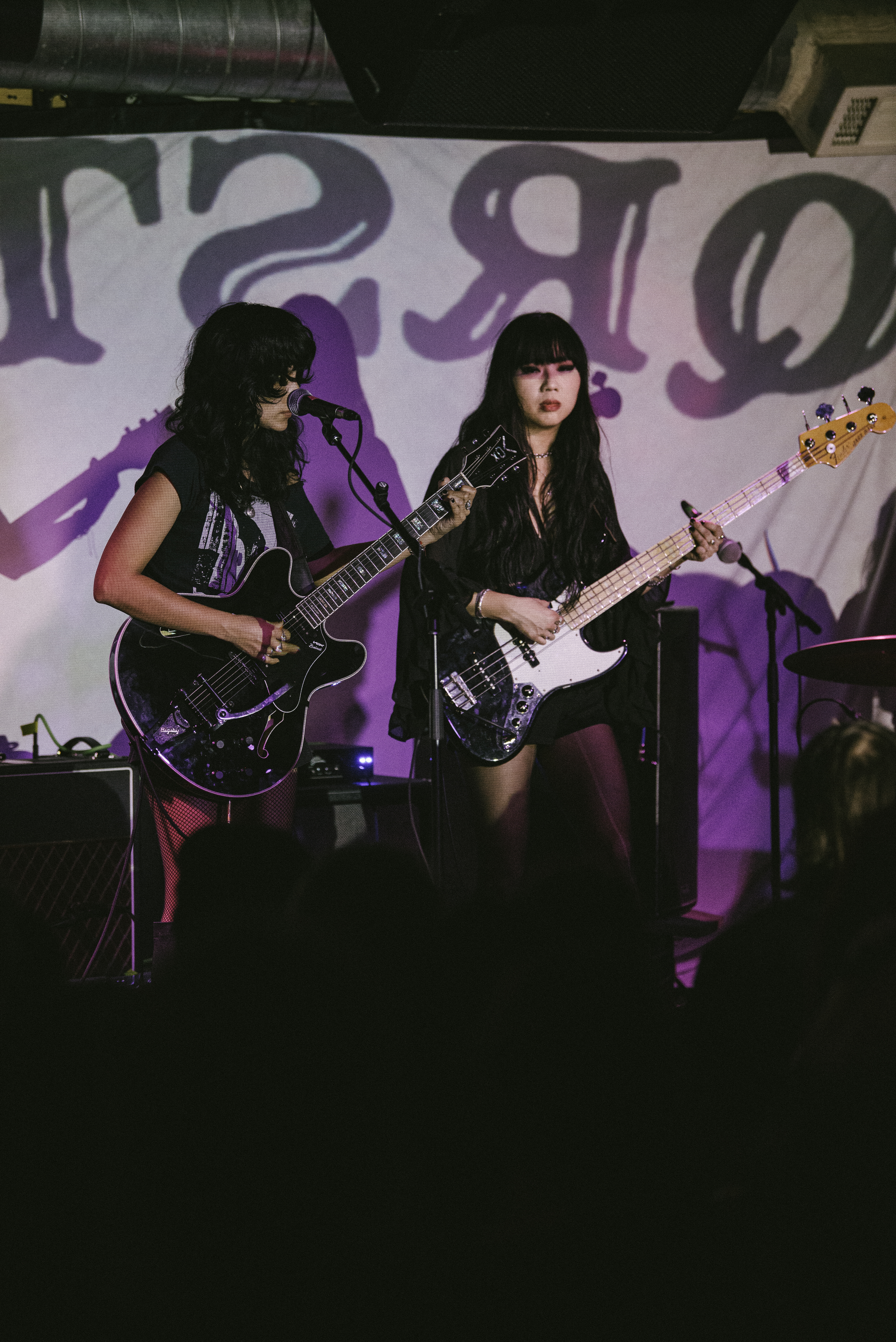 529 Bar is a one the well know venues here in EAV aka East Atlanta Village. The host an array of bands from rap, rock, punk, grunge, indie, and many more hat many locals/regulars tend to enjoy. The layout of the venue is nicely laid out to where the audience can see the band very while having easy access to the bar. A nice touch from what I found out is the bar is strict in a good manner where only said ticket holders are allowed inside and isn’t mixed with others who are just there for a simple drink. It brings the vibes of everyone coming together and for one thing only which is the band.

A band that is based out of Savannah, GA named “Basically Nancy” started off the night well as a true independent band formed by great friends. Their vibe is more grunge with a mix of punk as there were times of scream-o, random solos, and soft vocals that was praised well by the audience members.

Next up was Nihilist Cheerleader that has been on tour with L.A. Witch for a few cities and the crowd started to get bigger as they knew this was the last opener of the night. As they began to play, the crowd start to feel the vibe of pure excitement, danced with others, and was moving closer to the stage to get a great view of them. As they finished u with their set, the lead singer mentioned “Basically Nancy” for starting the night off strong and a huge applaud rang throughout the venue and finished with a massive thank to the city of Atlanta which was received very well!!

Now, L.A. Witch has taken the stage and the crowd immediately goes insane! The vibes were amazing throughout their show, they had short convos with the audience, mentioned one of their friends recently joined the band, had beautifully chemistry, and rocked throughout the whole night! Prior to them ending their set completely, the decided to go into the green room where they thought they could get a break, but their manager decided to look the door. From there they were bummed out but were still happy to continue playing a few more songs to end the night!