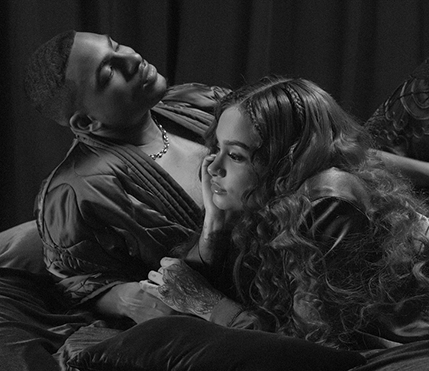 Last week Arin Ray and Kehlani impressed R&B listeners with their tantalizing collaboration “Change”. Now, the pair has teamed up to create a nostalgic and sultry visual to accompany the track. The video’s throwback aesthetic and coloring, beautifully mesh with the song to create a heartfelt nod to classic rhythm and blues.

Arin is particularly excited about this video, noting in his recent interview with Billboard, “I’ve had some dope videos in the past, but this one, as far as creativity and doing things differently, this is the one.”

It’s this kind of artistic integrity that has allowed Ray to blossom into a full-fledged artist who also writes and produces most of his own material.  In December 2018, the classically trained vocalist released Platinum Fire [Deluxe] and initiated a healthy buzz with back-to-back bangers, “Roses” and “Reckless.”  Ray has since continued to spread the love and grow his audience by touring across the United States.

The single “Change” is now available on all digital retailers via Interscope Records.