The Brooklyn Native Sets a Vibe with Yung Bleu in Latest Video from Debut Album, UNTAMED

As 2021 comes to a close, DUSTY LOCANE has left no doubt that he’s the face of the future of Brooklyn drill. With the crown firmly secured on the Canarsie native’s head, DUSTY returns to remind us that every king needs his queen with steamy new visuals for the seductive street ballad, “WHAT YOU NEED.” Featuring an appearance from Mobile, AL artist, Yung Bleu, the track is a standout from DUSTY’s debut album, UNTAMED, released earlier this month.

The No More Heroes-directed visuals show DUSTY and Bleu maneuver through a strip club, serenading dancers as they ponder consummation and create precipitation. Though the video shows a new side of DUSTY, his distinct Brooklyn swagger is on full display in the video. It’s clear that he’s no less at home in the club with beautiful women huddled around him than he is in the streets surrounded by his suvies.

The last two weeks have put an exclamation point on what’s been a stellar year in the rise of DUSTY LOCANE. After releasing his debut album, UNTAMED, on December 3rd, DUSTY joined the exclusive ranks of artists like Olivia Rodrigo, Coi Leray, Pooh Shiesty, and many more, by being welcomed into the #RIAAClassOf2021 for receiving his first GOLD certification this year with his debut single, “ROLLIN N CONTROLLIN FREESTYLE” which racked up over 200 million combined streams. Meanwhile, his buzzing single, “ROLLIN N CONTROLLIN PT. 2 (PICTURE ME),” has been taking TikTok by storm, with over 130k video creations using the sound.

Beyond the hits, UNTAMED introduces new bangers like the apocalyptic, guitar-flecked “ICED OUT,” and the Canarsie neighborhood theme song “FLOSS STATE OF MIND.” Featuring appearances from Yung Bleu, OBN Jay, Rah Swish, and more, UNTAMED is available everywhere via EMPIRE. 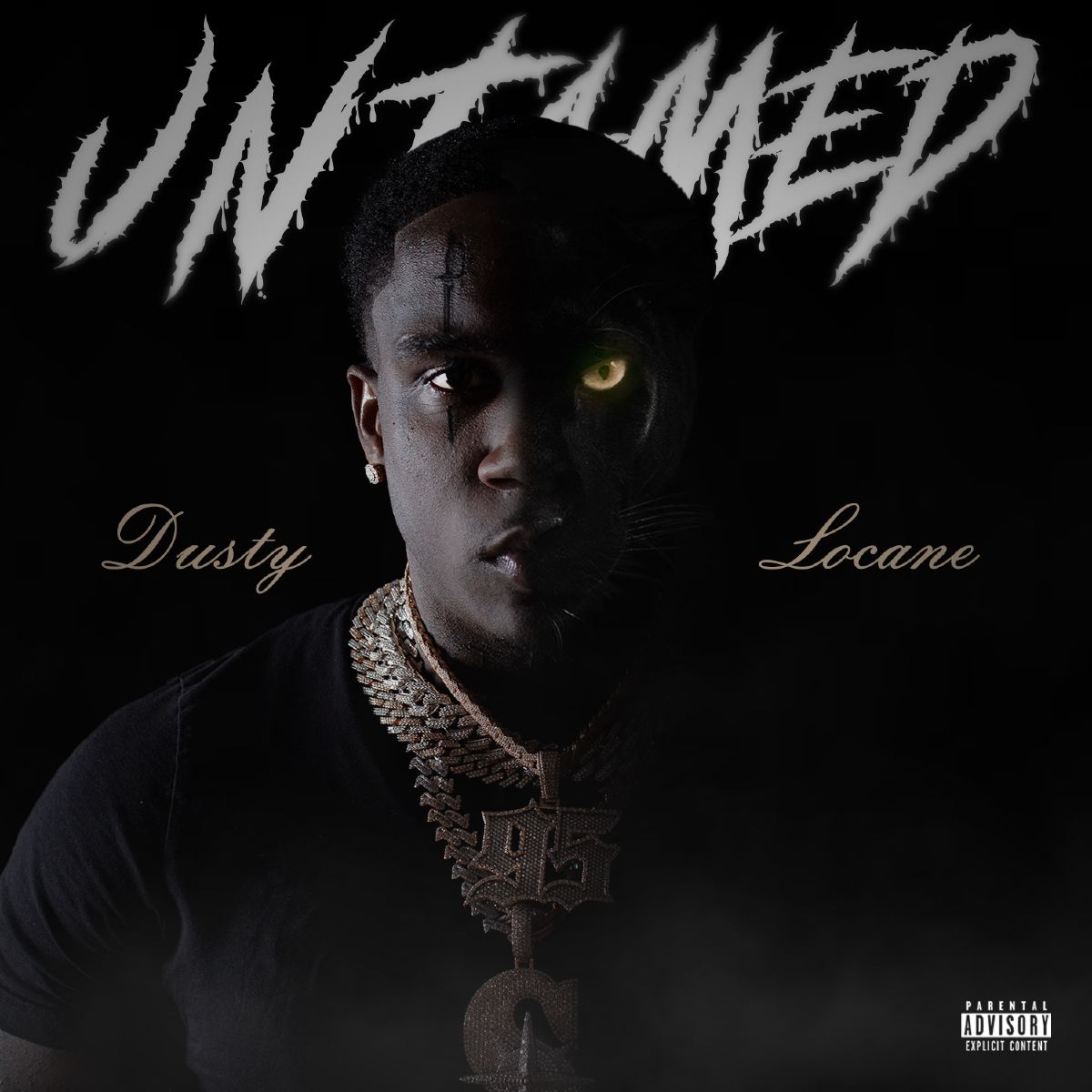