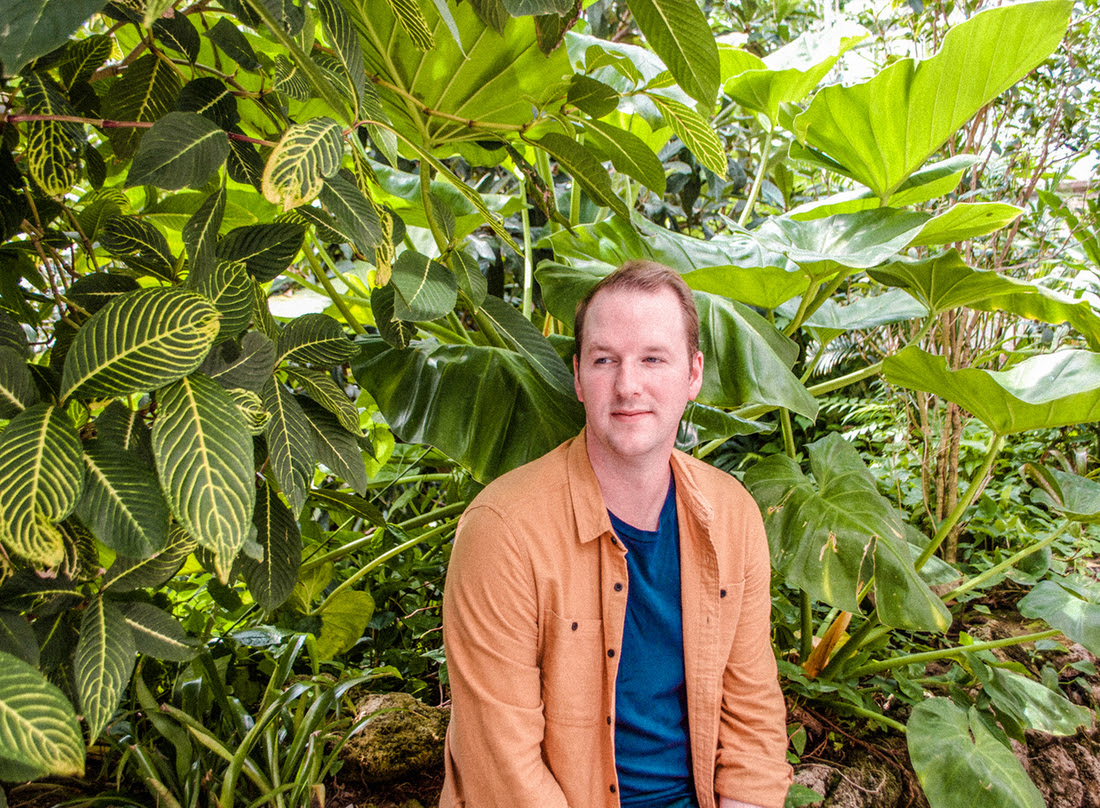 Monster Rally, the musical project of Cleveland based visual artist Ted Feighan, will release Adventures on the Floating Island on September 20 via Gold Robot Records (pre-order).  Today the band shared the band shared the official video for “Adventure” the latest single to be lifted from the forthcoming release with Collide. The video which was directed by Zak Marx can also be shared at YouTube. Monster Rally’s Ted Feighan told Collide, “Making this record was difficult for me. After some big life changes, having kids and moving across the country, I really struggled to find my creative place again. After spending weeks working on the album, and not having much to show for it, I almost put the project one hold. Then, after some digging for new records and relocating my studio, I had a breakthrough making this song – ‘Adventure.’ I’ve always been interested in these kinds of noodley guitars and how they can sound country, surfy, funky and loungey all at once. The upbeat, exciting vibe of the sample really brought me back into what I wanted for the album. I had pictured this song being at the first dramatic peak of the album, where the protagonist is running through the lush jungle, trying to escape from danger. When I saw Zak’s video treatment for the song, I realized that the song fit just as well into the desert as it did in my jungle – suddenly the ‘rattlesnake percussion’ I did on the track made a lot more sense.”

Monster Rally has also announced a fall tour which will include shows in Brooklyn, San Francisco and Chicago. All upcoming shows are listed below.

Producing music that is sampled-based tropical pop, Monster Rally began with the goal of assembling a bunch of old records into a completely different beast. Feighan began crafting tracks from his collection of records, combining his interests in Hip-hop, Exotica, Tropicalia, and Soul. Monster Rally creates tracks that manage to maintain a surprisingly organic sound, as if they were recorded by a full band on analog tape. There is something inherently nostalgic about the sound.

Monster Rally’s new album scores a journey through a lush, exotic, dangerous, and alluring paradise – the Floating Island. The lounge-influenced collection of songs guides the listener through an instrumental narrative inspired by themes of amnesia, discovery, exploration, and mysticism.