Today sees two of the UK’s most groundbreaking artists FKA twigs and Central Cee release the official music video for “Measure of a Man” (via Parlophone/MARV Music) taken from the upcoming 20th Century Studios’ film “The King’s Man”.

Directed by Diana Kunst, the music video incorporates exclusive footage from “The King’s Man”, directed by Matthew Vaughn and in cinemas worldwide from 22 December. Speaking on the track FKA twigs said: “This song has such a different sound which is a challenge, you’ve got to really embody the song. For me especially with my vocals, I had to pull a different side of my artistry out” followed by Central Cee who commented that “what I listen to when it comes to trying to find beats is something theatrical, it needs to sound like a movie. And that’s exactly what’s going on with this song, it sounds like it’s made for a movie regardless.” 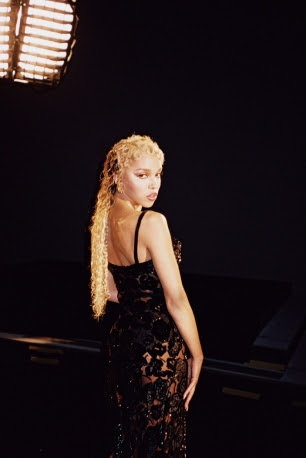 “Measure of a Man” opens with FKA twigs’ cinematic and arresting vocals. FKA twigs then lures us into a hypnotic RnB fuelled beat before handing over to Central Cee who adds his dynamic touch as he floats across the track.