VIDEO FOR “THE BOTTOM” OUT NOW 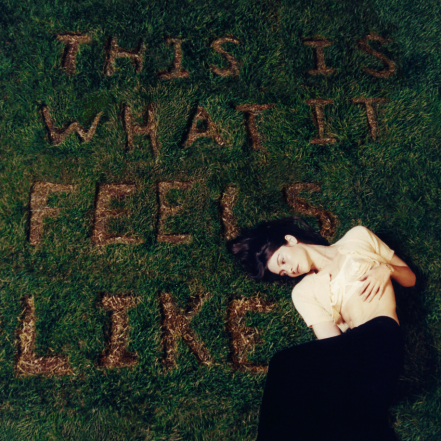 Today also sees the release of the video for “The Bottom” directed by Jared Hogan. “The Bottom” was written with longtime collaborator Blake Slatkin as well as Omer Fedi and Billy Walsh and centers on a particularly commanding performance from Abrams, whose vocals slip into a bright and nimble flow as she warns of the weight of her emotional baggage.

All throughout This Is What It Feels Like, Gracie Abrams brings her raw introspection to the most intimate of emotional experiences (self-betrayal, insecurity, painfully failed attempts at connection). True to her DIY sensibilities, the 12-track project finds her taking a greater role in the production process, working with The National’s Aaron Dessner (Taylor Swift, Sharon Van Etten), Joel Little (Lorde, MARINA), and her frequent collaborator Blake Slatkin (The Kid LAROI, Lil Nas X, Justin Bieber) to dream up each track’s minimalistic yet kaleidoscopic sound. In a departure from her previous work, Abrams also left her hometown of L.A. to write and record in such serene settings as the woods of Maine and Dessner’s Long Pond Studio in the Hudson Valley—a move that quickly brought a greater clarity to her creative vision.

Gracie Abrams recently wrapped up her sold-out I’ve Missed You, I’m Sorry tour, which marks the first time she’s ever embarked on a full tour. The I’ve Missed You, I’m Sorry tour began in early September, with dates at major festivals like Bottlerock, Firefly, and Austin City Limits.  Abrams recently announced a North American headlining tour for early 2022. Kicking off on February 2 in Salt Lake City, the This Is What It Feels Like tour will continue through March 13 in Seattle. The 21-date tour will include stops in New York, Brooklyn, Chicago, Toronto, Nashville, and the El Rey Theatre in Los Angeles, with most dates already sold out.   See below for a complete list of tour dates and to purchase tickets visit:   www.gracieabrams.com/tour.