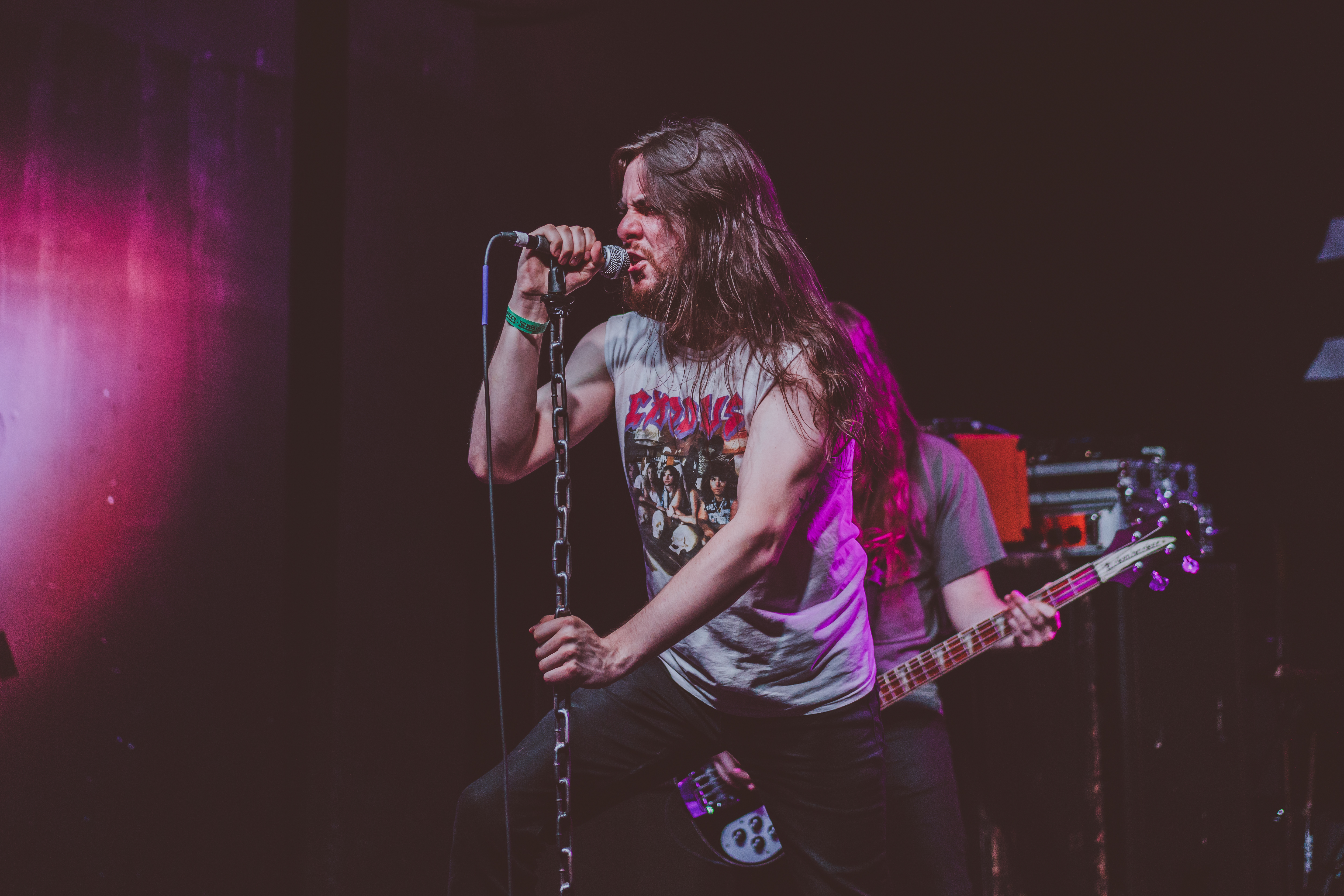 Worcester, Massachusetts-based crossover outfit HIGH COMMAND set out on a warpath to create the heaviest work they have produced yet on their debut full-length and Southern Lord debut, Beyond The Wall Of Desolation, now confirmed for release on September 27th.

HIGH COMMAND is, in their own words, “five friends coming together to create the sonic equivalent of a barbarian horde.” The band’s lyrical world, created by vocalist Kevin Fitzgerald, is steeped in lore and savagery, heavily inspired by fantasy-based warfare, and in the band’s words, “boundless quests frozen in the aeons of time and space hacked out of ice and transcribed in lightning. Beyond the thin vail of sanity lies the forgotten age of mysticism and heroes.”

Their studio choice for such proceedings was the legendary Machines With Magnets in Pawtucket, Rhode Island, constantly challenging the boundaries of what is possible in the realm of recorded media. From hearing previous projects recorded there (Daughters, The Body, Lingua Ignota, and Churchburn to name a few) it was apparent to the band that this was a studio that had a focus on the unique and the organic. Seth Manchester, the head engineer, worked tirelessly for the week HIGH COMMAND was there, sculpting a record with a healthy respect to the Old Gods of metal they admire while at the same time, sonically speaking, also carving a realm of its own.

The eight bludgeoning tracks on Beyond The Wall Of Desolation cleave the tender cranium of the listener asunder across their forty-three-minute running time. Bringing forth the undeniable heft in their self-proclaimed New Wave Of Worcester Heavy Metal, the heaviest of armament is advised against the flail.

Southern Lord will release Beyond The Wall Of Desolation on September 27th.

Following their extensive tour with Spirit Adrift in recent weeks, watch for HIGH COMMAND to declare new waves of touring throughout the year in support of Beyond The Wall Of Desolation.