2x Platinum songwriter, producer, and R&B artist Tone Stith gave the fans what they asked for, a live version of his new track “FWM.” Released with RCA Records (a Division of Sony Music Entertainment), “FWM” centers around an up-beat, mesmerizing tempo showcasing all of Stith’s unique musicality. In the four-minute live version, which premiered on YouTube on February 5th , Stith and the band keep the performance vibes alive and transport the audience to an intimate at-home concert. Throughout the video, Stith takes whoever is there (listening and watching) on a journey filled with his spectacular vocals, groovy dance moves, and raw talent.

When IMPRINT asked him about “FWM,” Stith said, “That song [is] a very unique song, and I think me, the team, and everybody that was in there when the song was being created…we all kind of knew that it feels special, it’s [just], [there’s] a different feeling about this song.”

The New Jersey native co-wrote his latest track himself with production by NonNative and Bordeaux. Over the last few years, Stith has built a strong name for himself in the R&B scene. In 2014, Stith got signed to Jas Prince and his career catapulted from there.

“My name started buzzing around the industry when I worked with Chris Brown. Once I met Chris, we did like 6 or 7 songs and ended up having [two] songs on his Royalty album,” he said.

Although the success he’s had from collaborating with household R&B names is phenomenal, Stith’s solo music is what allows him to shine the brightest. When IMPRINT asked about him going solo, Stith said, “At the time when it first started, in my mind, I was like, ‘I’d rather just be behind the scenes, I’d rather write songs, produce them, and be the guy behind the music.’ But then, when I met Chris who was
definitely one of the people I looked up to in the industry… it just made it like, ‘Yo.. Chris Brown really likes my music… I can do this, it just kind gave me that extra push, like it brought me that much closer to my dream.”

His next steps? A new project entitled FWM with “a bunch of storytelling, and it all comes from a real place and real-life experiences… I don’t know, I’m just 25-year-old Tone now so this is different, I’m bringing different energy and I’m excited about that.” 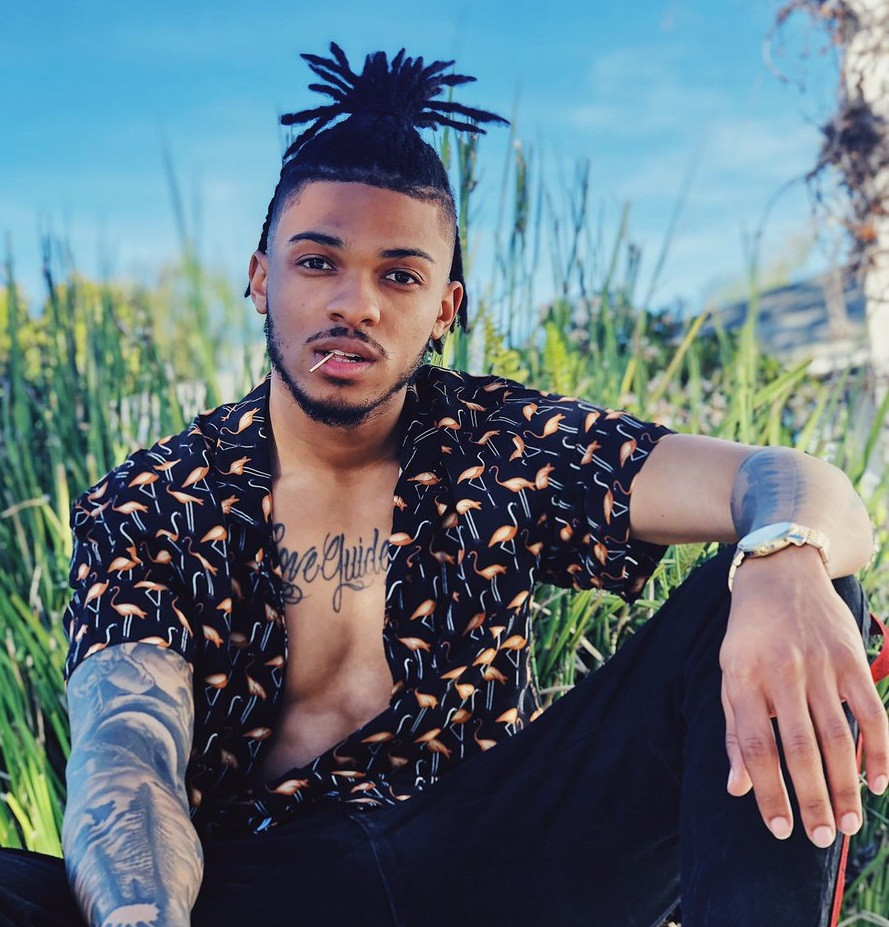 Keep Up With Tone Stith:

2 thoughts on “IMPRINT Interview With Artist And Songwriter Tone Stith”