Following the release of the deluxe edition of his highly acclaimed sixth studio album ‘JOSE,’ out now, J Balvin secures his 11th video to reach 1 billion views with “Safari” (feat. Pharrell Williams, BIA & Sky).” Balvin’s videos that have previously surpassed the billion-view mark include tracks “6 AM” (feat. Farruko), “Ay Vamos,” “Mi Gente” (feat. Willy Williams), “Con Altura” with Rosalia, and the Jhay Cortez and Bad Bunny-assisted “No Me Conoces” Remix, among several others. In addition to the major milestone, Balvin also accomplishes another record-breaking feat with his track “Una Nota“reaching the number 1 position on Billboard’s Latin Airplay chart. The song is Balvin’s 33rd to reach the top position, officially making him the artist with the most #1 songs on Billboard’s Latin Airplay charts of all time.

In addition to the recent achievements, Balvin will also set out for his 2022 North American tour dates in support of the album and its deluxe edition. The 28-date run of shows kicks off on April 19th, 2022 in San Antonio and wraps on June 4th in Puerto Rico. Along the way, Balvin will hit Seattle, Las Vegas, Miami, New York and DC. Tickets are available for purchase at Jbalvin.com.

Named after the artist’s legal name, ‘JOSE’ comprises Balvin’s most personal effort to date and sees him going more in depth musically than ever. The album’s deluxe edition features 5 new digital bonus tracks including the brand new song “Ego” and remixes of “In Da Getto.” The release also arrived alongside a new video for “F40” and on the heels of Balvin’s recent Grammy nomination for the Inaugural Best Música Urbana Album.

J Balvin’s highly praised sixth studio album ‘JOSE’ made a huge global impact, currently at #9 on the Billboard Top Latin Albums Chart and debuting at #1 on the Billboard Latin Albums chart, #1 on Billboard Latin Rhythm Albums chart and #12 on the US Billboard 200 chart. Additionally, ‘JOSE’ went #1 on Spotify in 9 countries, #6 globally and in the Top 10 in the United States, Italy and Switzerland, Top 15 in Canada, Top 20 in Germany and Netherlands and Top 40 in Austria, Belgium and Romania. On Apple Music, ‘JOSE’landed at #1 in 16 countries, #6 globally, in the Top 10 in USA, Argentina, Andorra and Portugal and Top 15 in Italy and Canada. These accolades follow ‘JOSE’ breaking the single-day Spotify streaming record for a Latin album in 2021 and a #1 debut on Apple Music in more than 17 countries. 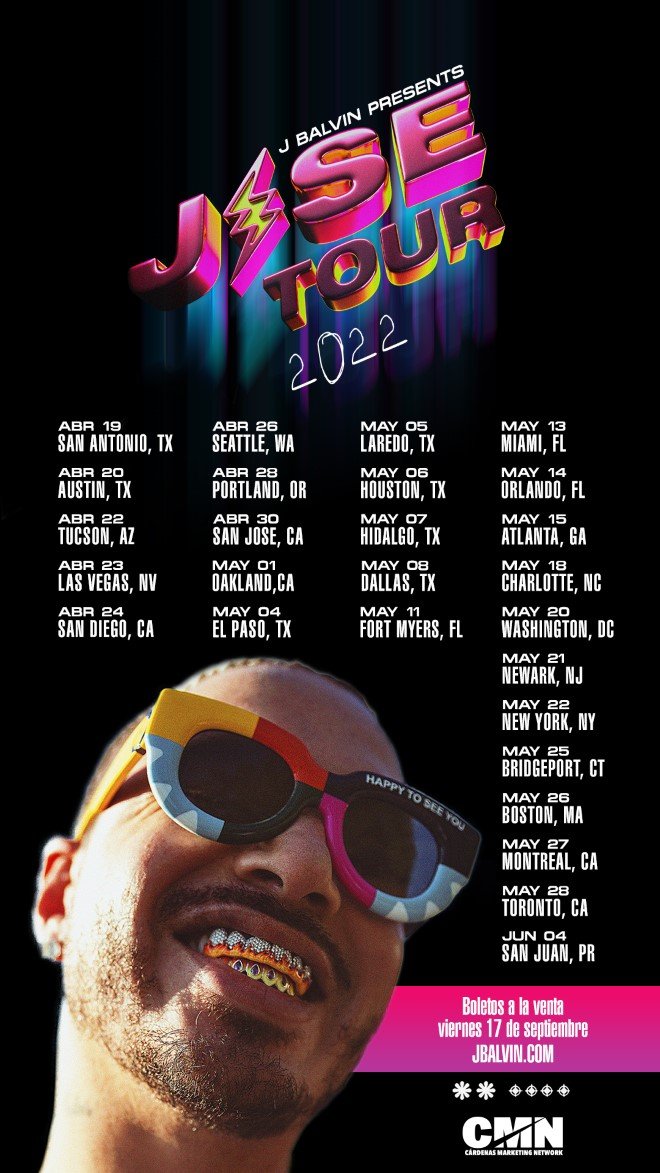