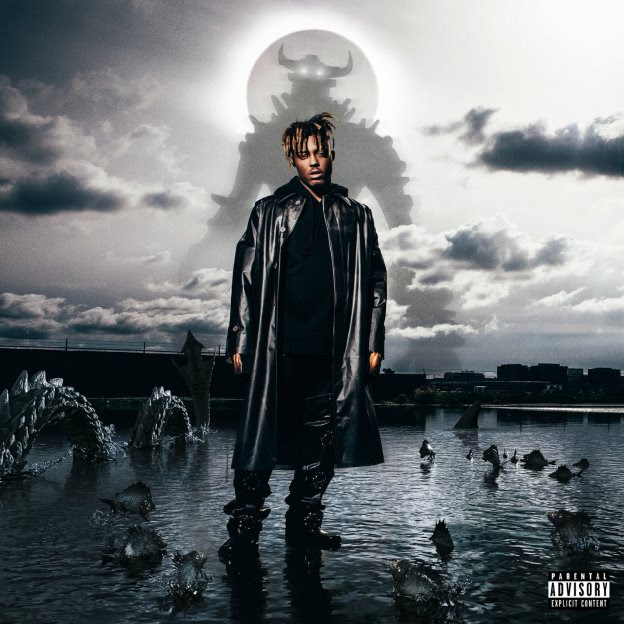 New Juice WRLD album Fighting Demons cover and tracklist has been revealed.  The album, set for release on December 10th, features collaborations with Justin Bieber, Trippie Redd, SUGA of BTS, and Polo G.  Today marks the inaugural Juice WRLD Day in Chicago, IL.  In partnership with The Live Free 999 Foundation, the event will bring together a number of his closest family, friends, collaborators and fans for an immersive experience celebrating his life and music. Viewers worldwide will have the opportunity to experience the Juice WRLD Day live stream on the Amazon Music app and the Amazon Music channel on Twitch at 8 p.m. CT/9 p.m. ET on Thursday, December 9.

Presented by Rotation, the global hip-hop and R&B brand available on Amazon Music, the curated live stream will enable fans around the world who may not be able to physically attend to still feel like they’re part of a historical moment.  Purchase tickets to Juice WRLD Day here.

Released on July 10th, 2020, Legends Never Die had a record-shattering debut at No. 1 on the Billboard 200 and spent two weeks at the top spot and has since landed five singles in the top ten on the Billboard Hot 100.

In April of 2020, Juice’s mother Carmela Wallace announced the establishment of the Live Free 999 Fund, which receives additional support via Grade A and Interscope Records in addition to individual donations. The Live Free 999 Fund honors the legacy of her son by supporting young people in their battles and to do so with love, joy, and emotional honesty.

For more information on the Live Free 999 Fund see [HERE].