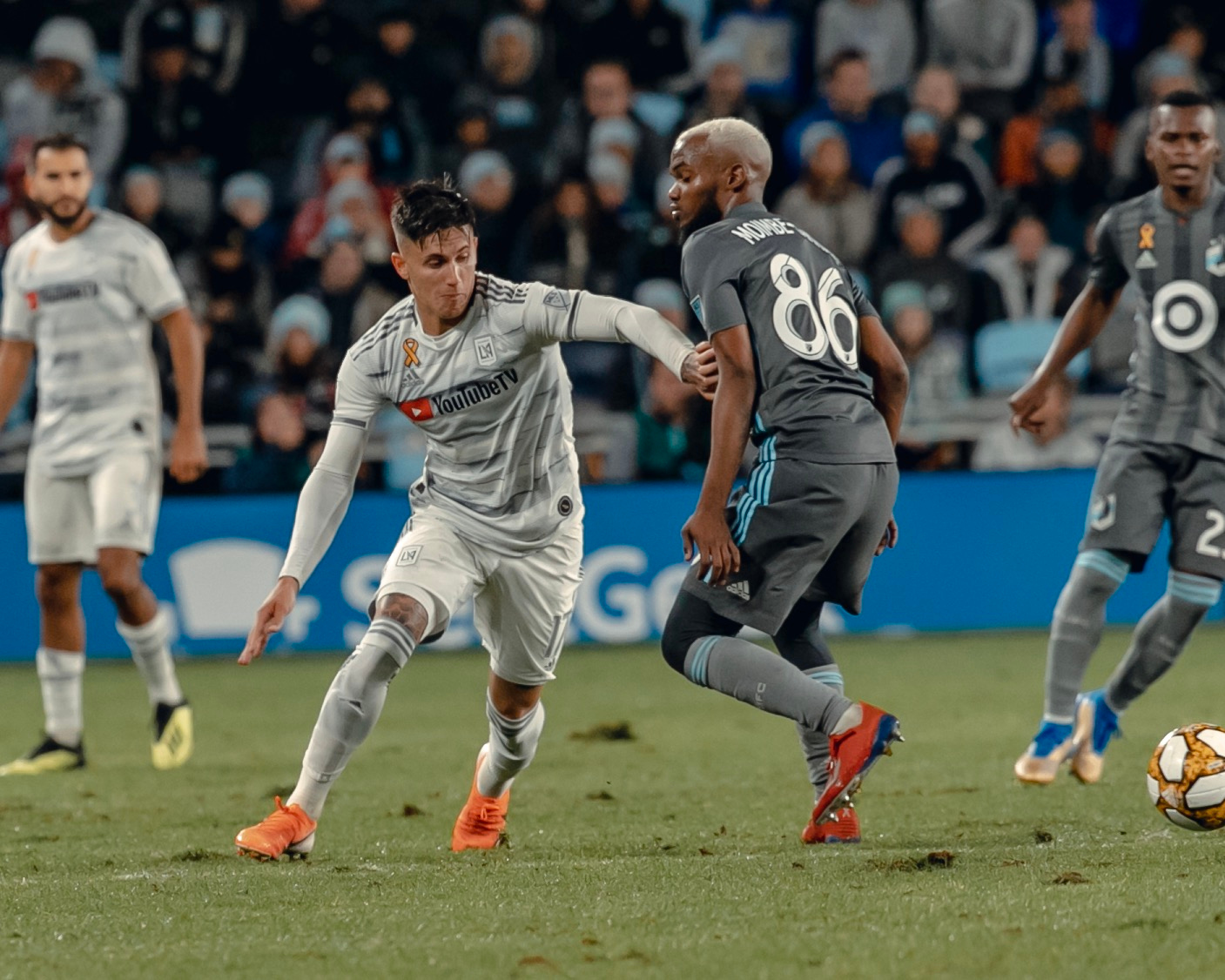 The Los Angeles Football Club (LAFC) and Minnesota United FC played to a 1-1 draw on Sunday night at Allianz Field. Forward Carlos Vela tied the single-season record for goals in a year, scoring his 31st of the campaign in the Club’s final road game of 2019.

Despite a number of chances for both sides in the first half, including a Brian Rodriguez shot that hit the crossbar in the 34th minute, the teams would head to the locker rooms scoreless. After the restart, goalkeeper Pablo Sisniega, making his sixth appearance of the year, denied Angelo Rodriguez with two critical saves early to keep the game 0-0.

LAFC would finally take the lead in the 70th minute, with Diego Rossi finding Vela at the top of the box. After taking a quick touch inside, the Mexican forward sent a curling left-footed shot past Vito Mannone at the far post. With his record-tying goal, Vela has now scored in eight consecutive matches he has appeared in, dating back to the 4-2 victory over New York Red Bulls on August 11.

The lead would last just five minutes as Jan Gregus’s free kick found a wide-open Michael Boxall in the box, and the defender flicked a header past Sisniega and into the back of the net.

Heading into the final game of the regular season, LAFC (20-4-9; 69 points) will have a chance to break the record for most points in a single season against the Colorado Rapids on Sunday, October 6. Kickoff on Decision Day is scheduled for 1:00 p.m. PT at Banc of California Stadium, with coverage on YouTube TV, Univision KVMD, ESPN 710 AM, and KFWB 980.