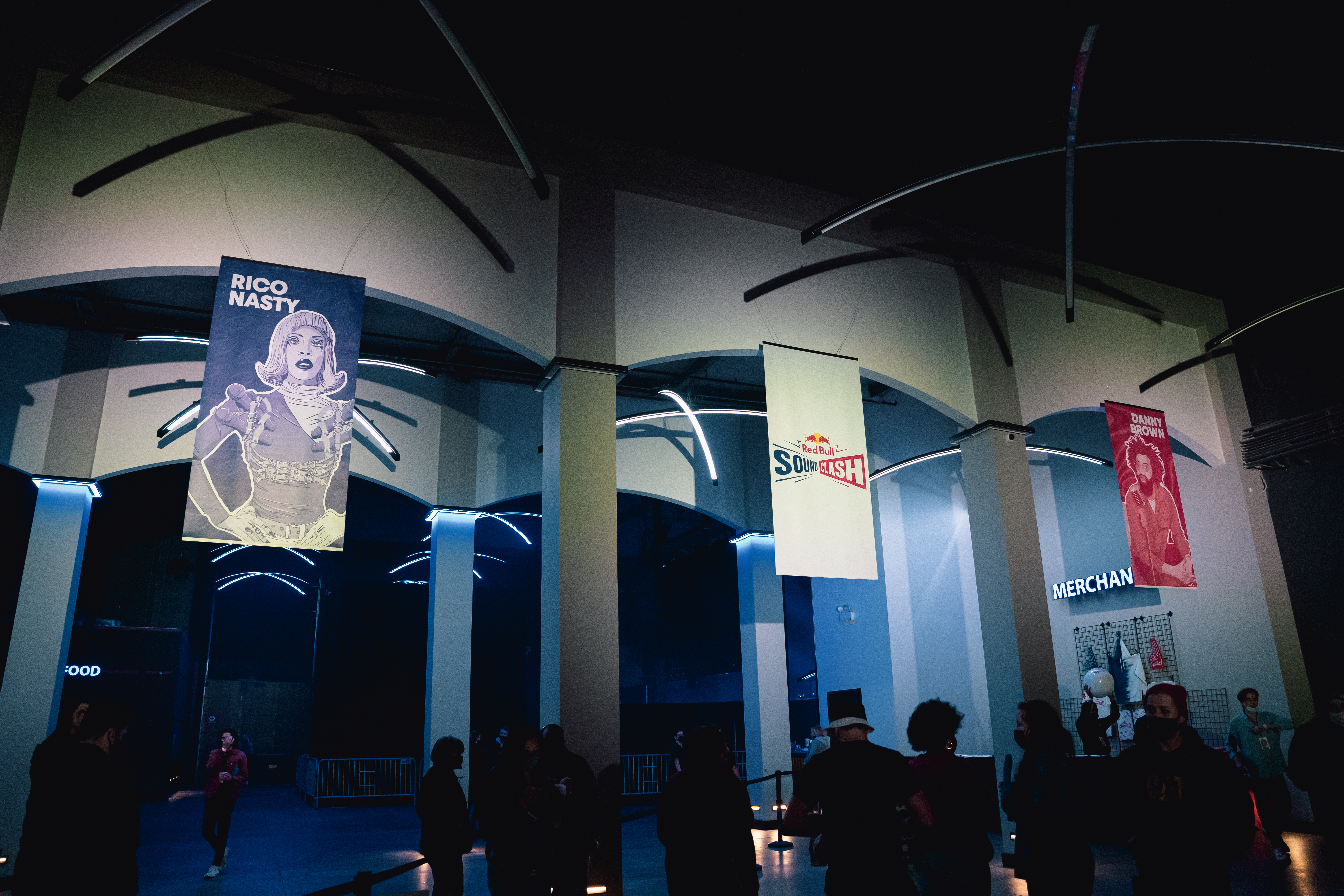 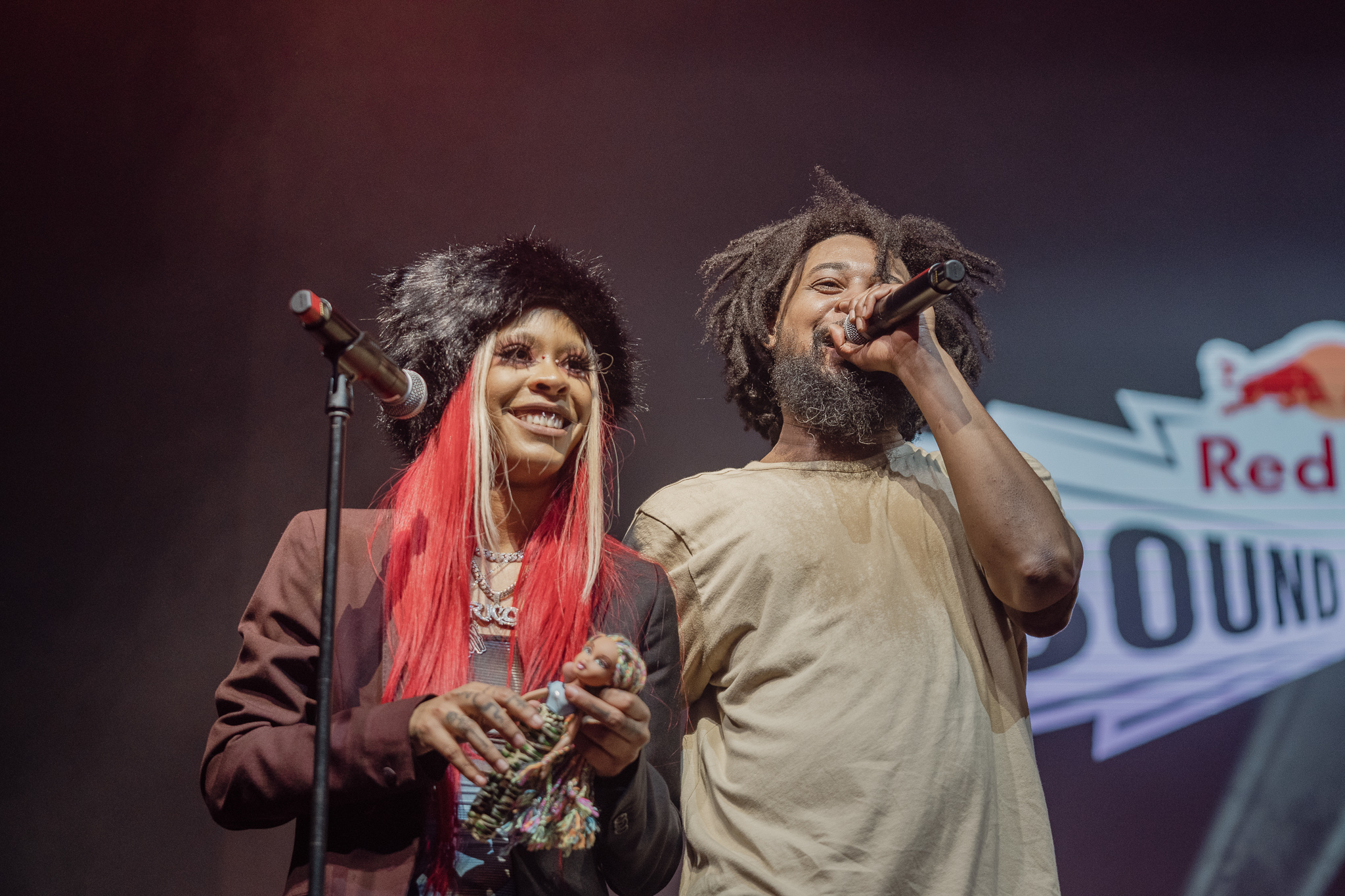 Chicago Native, King Marie was the host for this Red Bull Sound Clash. She had a lot of enthusiasm and excitement as she explained the rules of the show to the crowd. For those who may not know, the Red Bull Soundclash is a friendly competition between two artists where they battle on two separate stages going back and forth and trying to outperform each other over 3 rounds.

Before the rounds started, both artists were able to do a warmup and perform songs from their catalog.

Rico Nasty hit her stage first and had the crowd going crazy. She performed some hits such as “OHFR?”, “Trust Issues”, and “Money”. The crowd could not get enough of her.

Soon after, Danny Brown got on the stage opposite of the room and had the entire crowd shift over. He performed some of his songs such as “Ain’t it Funny”, “Monopoly”, and “Smokin & Drinkin”. Danny came out with a huge smile on his face and was able to match the crowd’s energy with ease. Soon it was time for the real competition to start.

Round 1 was the Cover round. Each artist got to perform a cover of their choice. Rico went first and being in Chicago she chose to cover Chief Keef’s “Faneto”. The crowd absolutely lost it when they heard the beat drop and immediately began singing along. The energy was electrifying. Danny then followed up with an interesting cover of “Freak on a Leash” by Korn which the crowd also loved.

Round 2 was the takeover round. Each artist had to cover a song of their opponent. This round brought witty banter from both artists which was a delight to witness. Danny started off this round by performing Rico’s song “Check Me Out”. Rico joined in on her side of the room and performed the second half of the song as well. Next, it was Rico’s turn and she performed Danny’s song “I Will”.

The final round was the “Wild Card” round where each artist brought out a guest to perform. Danny kicked it off and brought out rapper Zelooperz to perform his song “Battery”. Rico brought out Queen Key to perform her hit “My Way” which the crowd loved. Danny also brought out Chicago’s DJ Spinn afterward.

The night closed out with Rico joining Danny on his stage and each of them performing one last song. Rico performed her hit “Smack a Bitch” while Danny performed “When It Rain”. There was no clear winner by the end of the night but nobody seemed to care. Everyone was just happy to see two incredibly talented artists engage in friendly competition and celebrate their music together.