Before the year closes out, 6LACK (LVRN / Interscope Records) doubles up his efforts and rewards fans with a hearty twosome in “By Any Means” and “Rent Free.” After notching a career-best No. 3 debut on the Hot 100 alongside Lil Tjay for “Calling My Phone,” the Atlanta hyphenate proves why he remains in an elite territory as a nimble wordsmith on the former. Despite his smoldering success, in under 90 seconds, 6LACK proves that his insatiable hunger remains intact as he seamlessly floats over the ethereal sound-bed. Watch the lyric video for “By Any Means” HERE. On “Rent Free,” 6LACK’s versatility shines as he deftly sings about his lover’s relationship struggles and his desire to remedy the situation. “You live in my mind rent-free,” he croons. Watch the lyric video for “Rent Free” HERE.

2021 has proven to be a golden year for 6LACK. Not only did 6LACK enjoy a platinum record for Lil Tjay’s “Calling My Phone” record, but he also carved out blistering features on tracks with J. Cole (“Let Go My Hand”), Khalid (“Retrograde”), and Isaiah Rashad (“Score”), with Cole’s record debuting on the top 20 of the Billboard Hot 100. Along with earning a digital cover for Numero, 6LACK continues to be a streaming juggernaut, reeling 20 million monthly streams on Spotify without releasing new solo music since his sophomore album three years ago. Besides evolving into an R&B giant, 6LACK’s altruistic side also grew. Last October, he partnered with MHALA & BetterHelp to destigmatize mental health and serve as a conversation starter around the touchy subject. The following month, he had a sold-out show in Atlanta to commemorate the five-year anniversary of FREE 6LACK.

Pronounced “Black,” the alternative R&B and three-time GRAMMY-nominated rapper/singer/songwriter has long considered the number six as a central part to his identity for several reasons: he was raised in Zone 6 of Atlanta, it’s his life path number, and also the name of his daughter (Syx). In 2018, 6LACK released his sophomore album and now certified Gold East Atlanta Love Letter to critical acclaim and peaked at No. 3 on the Billboard 200 and No. 1 on the Top R&B Albums. His debut project Free 6LACK is now certified Platinum. 6LACK was the most featured artist of 2019-2020 with over 30 features. Several years ago, he teamed up with JID, Earthgang, and Mereba to form supergroup Spillage Village who just released Spilligion in Sept. 2020 following his acclaimed EP 6pc Hot. 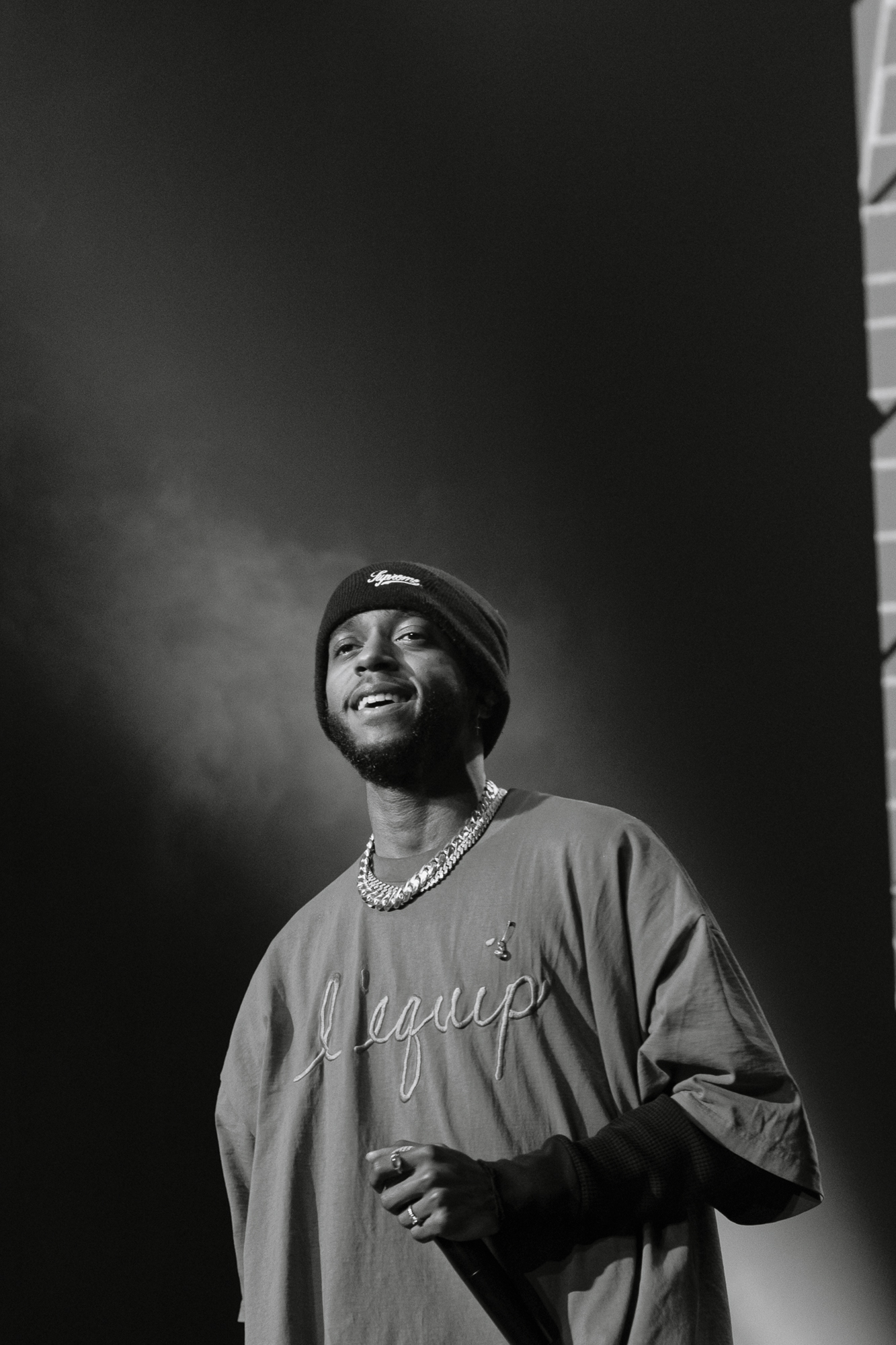