Earlier this week, the Compton-bred artist shared a short film produced by Riley Keough, Gina Gammell, and Malcolm Washington of Vanishing Angle production company. Also titled Everything’s For Sale, the cinematic and beautifully shot narrative features excerpts from each of the songs on the album. 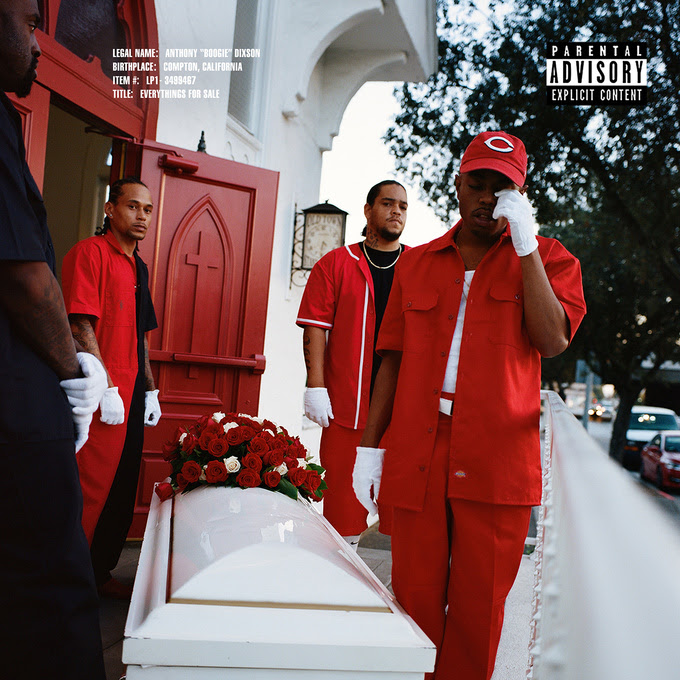 Track listing for Everything’s For Sale by Boogie:

Born Anthony Dixson, Boogie got his start in music after joining a church choir at the urging of his mother. He soon started writing lyrics and crafting melodies, and later enrolled in Long Beach City College to study recording. With his debut mixtape Thirst 48 arriving in June 2014, Boogie had his breakthrough with The Reach — a 2015 mixtape that spawned the Jahlil Beats-produced “Oh My,” whose viral success cemented him as one of the most refreshingly honest new voices emerging from the West Coast. Releasing Thirst 48 Pt. II in 2016, Boogie found his raw lyricism earning praise from Rihanna, Kendrick Lamar, and Eminem, who signed him to Shady Records in October 2017. Since making his debut for the label, Boogie has released such acclaimed singles as “Violence” ft. Masego — a track that prompted Pitchfork to hail him as “one of the West Coast’s most promising young rappers.”