Congratulations are in order for Cardi B, whose debut album, Invasion of Privacy, dropped minutes ago and is already eligible for a Gold certification. 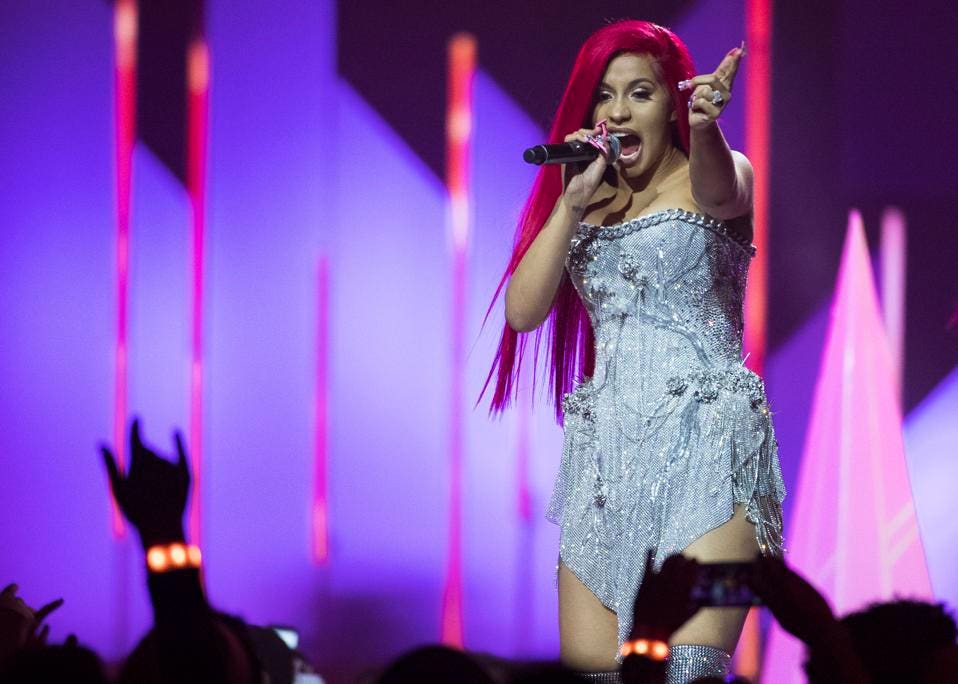 Cardi B performs on stage during the 2017 iHeartRadio Jingle Ball North at the Air Canada Centre on Saturday, Dec. 9, 2017, in Toronto. (Photo by Arthur Mola/Invision/AP)

The Bronx-born rapper can attribute this figure to the massive success of her debut Atlantic Records single, “Bodak Yellow,” which topped the Billboard Hot 100 last September and is certified 5x Multi-Platinum (5 million units) by the RIAA. As Chart Data recently noted, 10 track units equal one album sale, which means Invasion of Privacy has moved 500,000 units on the strength of “Bodak Yellow” alone, enough to earn a Gold certification.

The success of “Bodak Yellow” has been nothing short of extraordinary. The track bubbled at No. 2 on the Hot 100 for two weeks under Taylor Swift’s “Look What You Made Me Do” before finally dethroning the pop queen, making Cardi B the second female rapper to score a solo No. 1 hit on the chart, after Lauryn Hill first accomplished the feat in 1998 with “Doo Wop (That Thing),” and her three-week run atop the chart set a new record for a solo female rapper as well. The boisterous, inexplicably catchy banger consummated Cardi’s transition from reality TV star (she appeared on VH1’s Love & Hip Hop: New Yorkin 2015) into rapper, proving she had the talent and the star power to make a serious dent on the charts.

Unfortunately for Cardi, the units from “Bodak Yellow” won’t be counted toward Invasion of Privacy‘s first week sales total. Still, “Bodak Yellow” turned the 25-year-old MC into a household name, and her features have helped launch several other artists’ singles into the Top 10. She also just earned another Platinum certification for her own hit, “Bartier Cardi,” which peaked at No. 14. In other words, Cardi’s Invasion of Privacy should do just fine in its first week, with or without the “Bodak” boost.