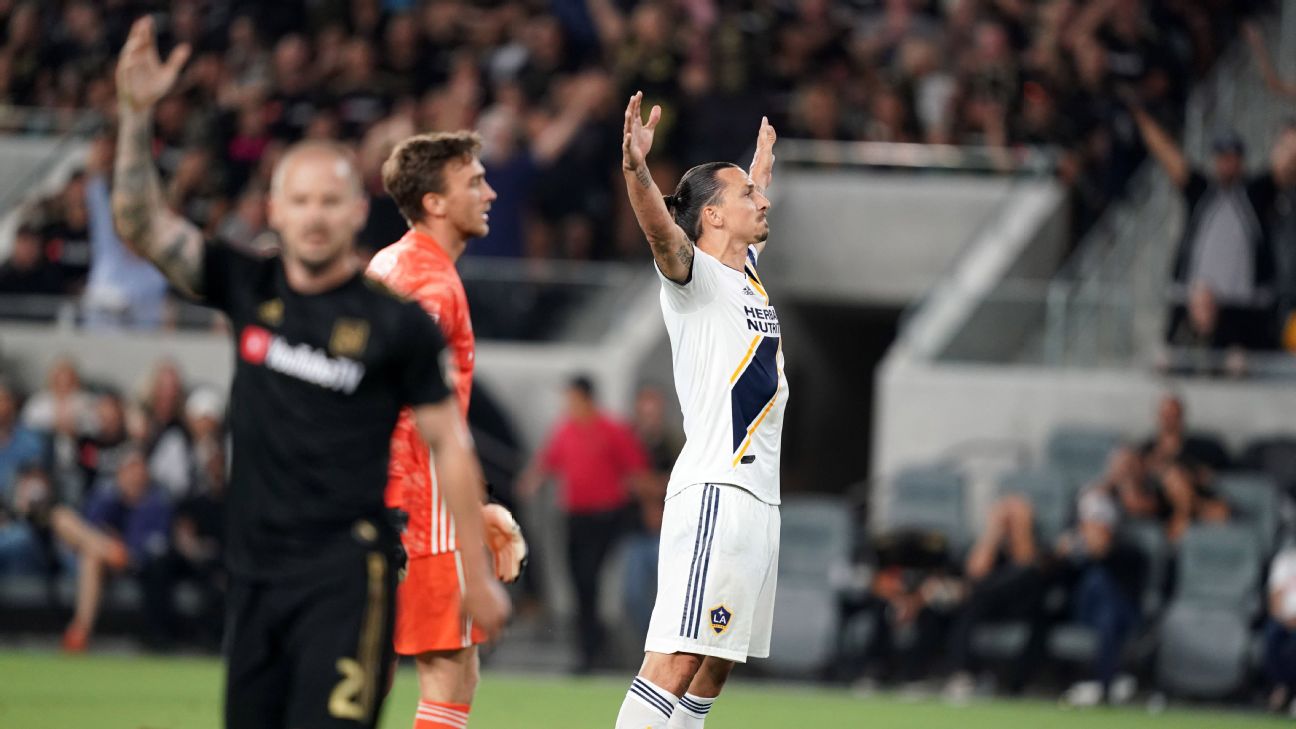 The Los Angeles Football Club (LAFC) continued its dominant 2019 season, extending the club’s home unbeaten streak to 13 matches in 2019 after a 3-3 tie against the Galaxy on Sunday evening at a soldout Banc of California Stadium. With seven games left in the season, LAFC remains in first place in the Supporters’ Shield standings with a 19-3-5 (62 points) record.

A wild first half saw a combined five goals, with the visitors getting an early lead just two minutes into the match via a low range shot from Zlatan Ibrahimović. LAFC would level things up ten minutes later as Latif Blessing headed home his fifth of the campaign.

The Galaxy would retake the lead in the at the quarter mark as Ibrahimović rounded Tyler Miller, scoring his second of the night. Moments later, Cristian Pavón would score his first MLS goal for the visitors after beating Miller at the near post. Just before the half, Blessing would get the brace after calmly getting past Galaxy goalkeeper David Bingham, bringing the home side within one goal.

It would take just eight minutes before the Black & Gold would level things up again. Forward Carlos Vela slotted a curling shot at the far post, taking his league-high tally to 27 goals in 2019. Young Designated Player Brian Rodriguez made his MLS debut after replacing an injured Vela in the 61st minute, registering four shots.

LAFC wraps up its three-game homestand next Sunday, September 1 when the Club hosts Minnesota United FC at Banc of California Stadium. The game is scheduled for 7:30 p.m. PT and will be broadcast on YouTube TV, Univision KVMD, ESPN 710 AM, KFWB 980.