Young Dolph built Paper Route EMPIRE into one of hip-hop’s most vital indie labels, and he’s not done expanding. Teaming up with two of his newest signees, Dolph shares “Nothing To Me,” a luxurious video single. Produced by PRE maestro Bandplay, “Nothing To Me” is a sinister slapper, featuring a stunt-heavy hook from Dolph and contributions from Snupe Bandz, who contributes a drawly and witty verse, and Paper Route Woo, who flexes his trap muscles in the song’s anchor track. In the video, Dolph, Snupe, and Woo, fly high in a private jet, the three emcees counting bands and popping bottles as they celebrate Paper Route EMPIRE’s success. Following the recent “Hard Times“ video from new PRE signee Chitana, the video for “Nothing To Me” further showcases the collection of burgeoning talent on PRE, a group of hungry young rappers looking to join Dolph and Key Glock on rap’s A-list.

“Nothing To Me” is Dolph’s first new song since the release of Dum And Dummer 2, a collaborative album with Key Glock. Debuting at #8 on the Billboard 200, Dum and Dummer 2 generated nearly 36k sales equivalent units across platforms and scored the fifth-biggest streaming debut on Spotify during its first week of release. Earlier this month, the album received a glowing review from Pitchfork, who awarded the album a 7.5 score and cemented Young Dolph & Key Glock as a “once-in-a-generation” rap duo, akin to 8Ball & MJG or Method Man & Redman, and “one of the most in-sync alliances in the genre today.” Dum & Dummer 2 is the duo’s second Top 10 album, following the original Dum and Dummer, which debuted at #8 in 2019.

In recent weeks, Young Dolph and Key Glock have been unveiling new music videos for highlight tracks from the album. Most recently, the dynamic duo shared the video for “A Goat & A Dolphin,” one of the most quotable tracks on a very quotable album. With production from PRE’s own Bandplay, among others, Dum & Dummer 2 is home to a series of standout singles, including the hauntingly flex-heavy “Case Closed,“ the classily ratchet “Sleep With The Roaches,“ the ice cold opening track “Penguins,” the Young Dolph-directed “RAIN RAIN,” and the soulful winter-weather celebration “Aspen,” which has over 7 million views on YouTube.

Dum & Dummer 2 is available everywhere via Paper Route EMPIRE. Stay tuned for much more from Dolph and the rest of PRE in the coming weeks and months. 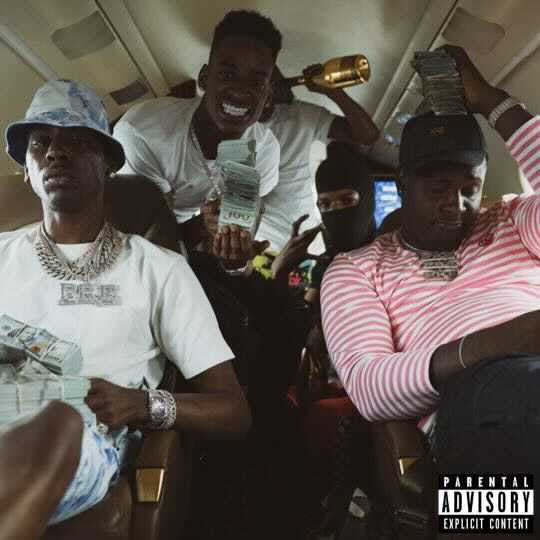