Even when the first team is getting some well-deserved rest, the Five Stripes don’t stop. As the temperatures have dropped, the Atlanta United academy players are braving the elements and putting in the extra work to reach their dreams. Here’s what you may have missed from the future of Atlanta United:

While not technically the academy, Atlanta United’s new USL team – ATL UTD 2 – is a vital part of the club that provides a huge opportunity on the team’s academy players by offering a key transitional step for the team’s brightest young prospects hoping to make the jump to the pro level. The team has had a busy couple weeks, announcing its name as well as its first ever head coach, Scott Donnelly. Donnelly comes to Atlanta with plenty of youth coaching experience, most recently with U.S. Soccer. And he knows Atlanta United’s prospects well, recently serving on the U-17 National Team coaching staff during the FIFA U-17 World Cup run in India this year that included three Atlanta United academy products in Andrew Carleton, Chris Goslin and Justin Garces. 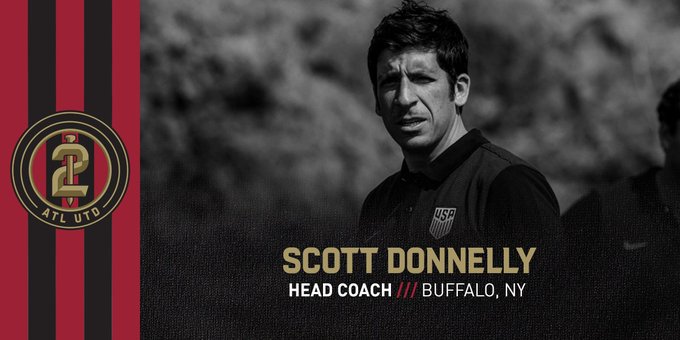 Atlanta United was well-represented at U.S. Soccer’s first ever Men’s Youth National Team Summit Camp to kick off the new year. More than 150 of the best young prospects in the country met in Florida for a first-of-its-kind integrated training camp between all levels that included training sessions and scrimmages. Eight Atlanta United players represented the red, black and gold at the camp: Andrew Carleton and Chris Goslin with the U-20’s, Justin Garces, Charlie Asensio, Rayshaun McGann and Zyen Jones with the U-19’s, and George Bello and Wasswa Robbins with the U-17’s. 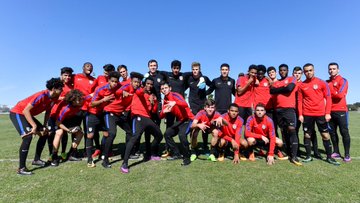 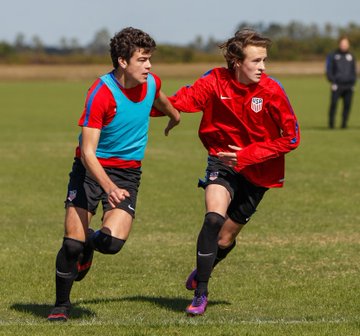 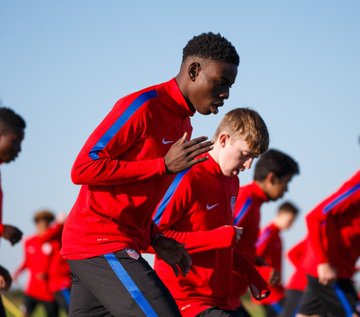 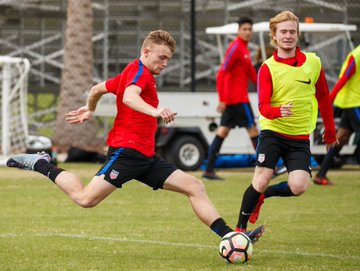 From U-16 to U-20s, our young yanks have been busy at the first ever YNT Men’s Summit Camp

That’s not the only news coming out of the U.S. Youth National Team this month, as another budding prospect received some deserved recognition from his country. Defender Bryan Casanova was named in the latest 36-player U-15 roster as the team begins its newest cycle. As the first YNT camp for every player on the roster, it’s a who’s-who of the best of the best of America’s youngest talents. Casanova will be fighting for his spot on the roster with other players born in 2004 for a chance to represent his country at the 2019 CONCACAF U-15 Championship next year. 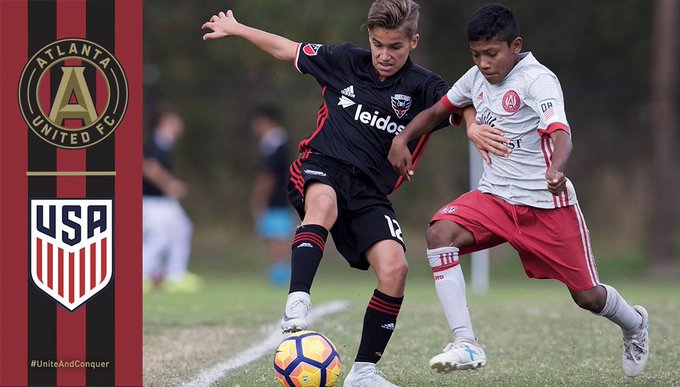 Good luck! Bryan Casanova has been named to the 36 player roster for U-15 @ussoccer_ynt Camp

Carleton Nominated for USYNT Goal of the Year

Andrew Carleton’s spectacular 2017 was highlighted by his unbelievable strike for the U.S. U-17 team against Cuba, and the goal has clearly been a memorable one for U.S. Youth fans. It was named as a finalist in an online poll for the U.S. Youth National Team Goal of the Year award. While it finished in third place, it’s a perfect opportunity to revisit the world-class strike.

With the focus now squarely on 2018, two of the Atlanta United academy teams will kick off the year against a familiar foe on friendly ground. The U-15 and U-17 squads will open the calendar year at home against Orlando City in a Generation Adidas Cup qualifier. The fixture is set for January 20th –– stay tuned on social media for the result of that game and everything else the Academy is up to in 2018.