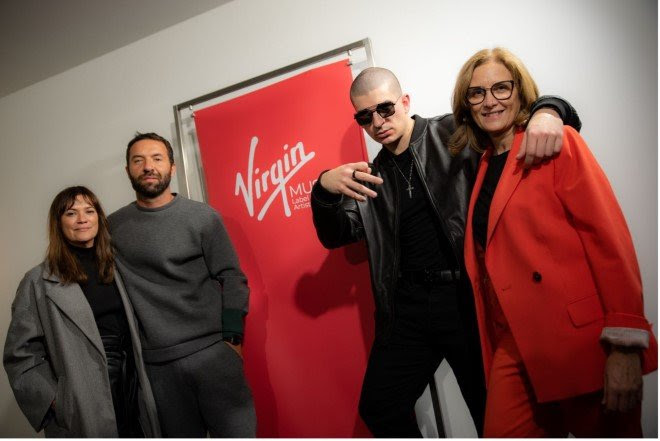 ProfJam, one of the biggest and most award-winning names in hip hop and current Portuguese music, has been developing a unique artistic career defined by a sound and an attitude that elevates him to another level. All of this has contributed to the extraordinary accomplishment that we are delighted to announce: ProfJam has signed a deal with the iconic Virgin Music.

The rapper continues to make significant strides in his career after his recent list of achievements, such as the album ‘System’ (2020), recorded with Benji Price, and which has millions of streams and views. The song “Tribunal” went Platinum, and the song “Finals” went Gold.

The album ‘#FFFFFF,’ released in 2019 and produced by Lhast, had an overwhelming impact on the Portuguese market, with all 11 songs entering the Portuguese Phonographic Association’s Top 100 Streams. The album quickly reached Platinum, “Tou Bem” (featuring Lhast) was awarded Quadruple Platinum, and the single “Água de Coco” as well as the songs “Malibu” and “À Vontade” (featuring Fínix MG) went Platinum. The song “Minha” also went Gold.

Meanwhile, many other achievements marked the hip hop scene: “Havana,” a single by Sippinpurpp in which ProfJam participates went Gold; “HEI” with production by the brilliant Branko, who took ProfJam’s hip hop to sexier paths, also achieved a Platinum Award; or “Damn/Sky” by Lon3r Johny (Gold Single Award).

ProfJam’s importance in the hip hop scene continues to grow and his presence on the main stages of festivals like MEO Sudoeste and Super Bock Super Rock in 2019 proved his ability to rally and be received by crowds. The artist managed to conquer the critics through his live performances.

With no new releases, and away from social networking for almost a year now, 2022 will be the year we all get to experience the result of ProfJam’s focus on his new compositions and how far his unique vision will take him.

This new partnership with Virgin Music Portugal and GTS is proof that ProfJam will attract audience attention this year.