Jack White, Queens of the Stone Age and The National received top billing on the lineup poster released Monday morning. David Byrne of the Talking Heads, Tenacious D, Fleet Foxes and The War On Drugs also topped the list of more than 50 artists. 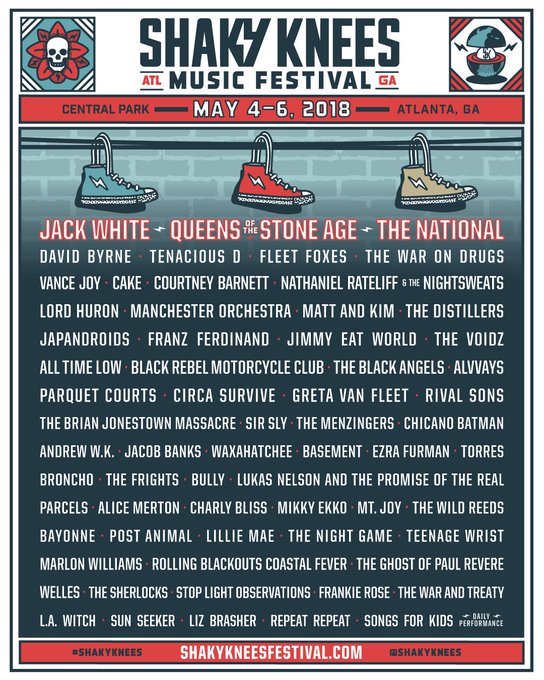 Shaky Knees is returning to Central Park on May 4-6 this year after two years in Centennial Olympic Park. The festival originated at Historic Fourth Ward Park and the Masquerade in 2013. It was held in Central Park in 2015.

Early bird tickets are sold out, but general admission tickets go on sale Tuesday, Jan. 9 at 10 a.m, and can be purchased here. Prices start at $179 for a three-day pass.