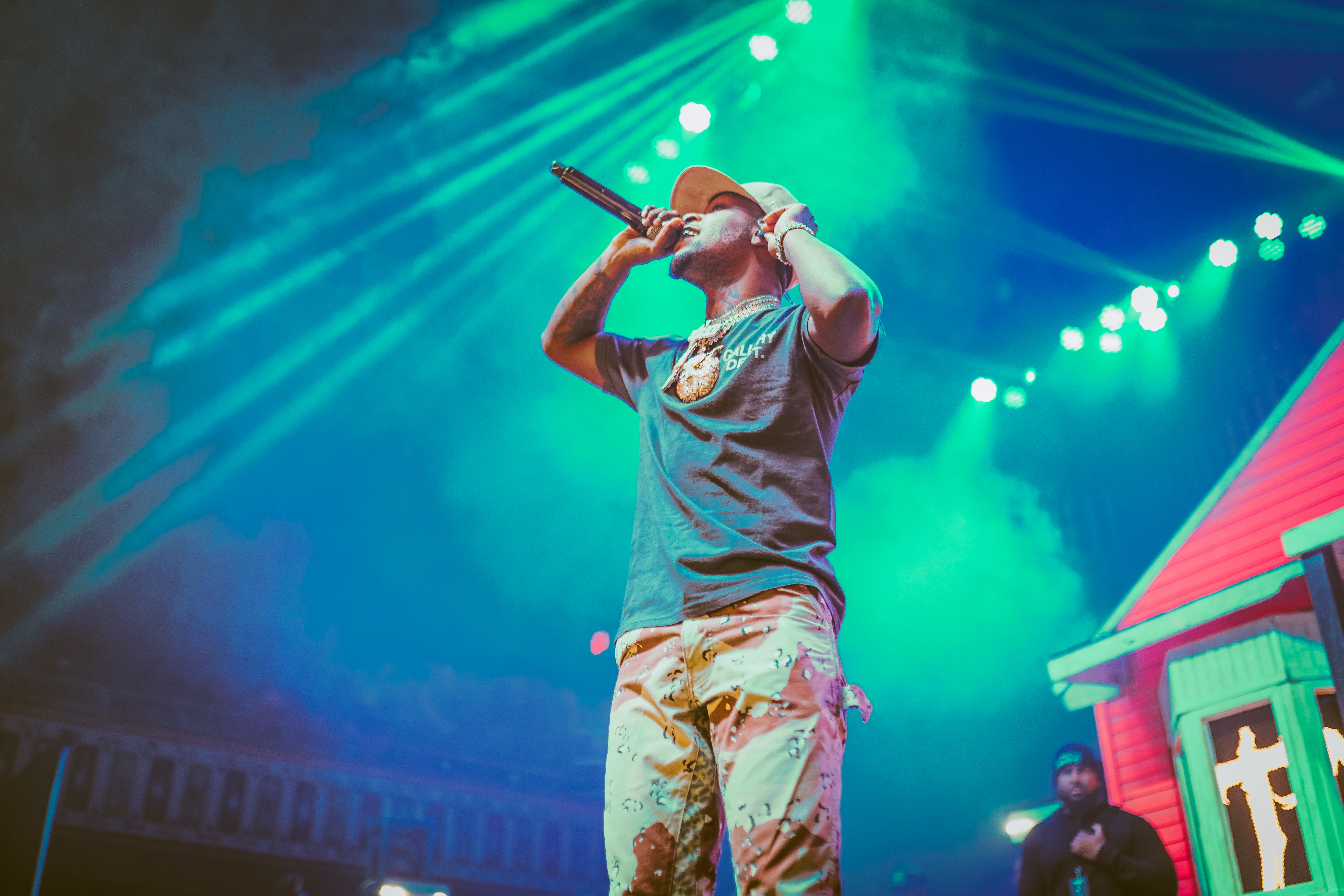 In the two years since being signed to South Coast Music Group, rapper and singer Toosii has made quite a name for himself. Hailing from Raleigh, North Carolina, Toosii (born Nau’jour Grainger) began his musical pursuit at the age of 16. Now 21, the rapper/singer has made waves everywhere with a string of billboard charting mixtapes and singles—including a platinum record with Summer Walker. Following the release of his 7th mixtape, Thank You For Believing, Toosii announced his very first tour featuring artists such as Lakeyah, FCG Heem, Chibi LOL, DustyStayTrue and ZayTheGoat.

Our first opener of the night was independent artist Chibi LOL (stylized LoyaltyOverLove), who despite being a relatively new artist maintained an incredible stage presence. Performing popular bangers such as 2 Many Times and Two Face, Chibi kept the crowd engaged and amped up right with him. Chibi’s team also didn’t miss an opportunity to further market his brand. Throughout the duration of his set, his team threw out merch out to the crowd, much to the audiences delight (who doesn’t like free stuff?).

Keeping the energy consistent from the last performance was Charlotte rapper ZayTheGoat. Entering the stage donning an orange jumpsuit and apparently on the phone with us brother, he had notified the crowd his brother was incarcerated and implored them to chant “Free him!”. It wasn’t long till he would jump out of the suit and right into the crowd where he would spend most of his set performing. Eventually,  Zay returned to the stage and also invited a handful of lucky young ladies to join him as he finished out his set.

Following ZayTheGoat’s performance were Connecticut rapper DustyStayTrue, and Florida rapper FCG Heem. The two rappers both seemed comfortable performing on stage but didn’t maintain the same energy as the previous artists before them. However, both gave a strong effort to engage the crowd, with Dusty opting to get in the audience and perform for a moment as well, and FCG’s team handing out merch during the beginning of his performance.

Lakeyah, the final opener before Toosii, did not disappoint. Donning a killer blue wig and followed by a series of backup dancers, the Atlanta-based artist brought an insane amount of energy and technical ability. Lakeyah truly set herself apart from her male counterparts with her stage presence and performance elements as well, further solidifying her status as “Female Goat” (as her 2020 hit single Female Goat suggests.

Finally, after a lively introduction by his DJ, as well as an elaborate prop house revealed to us, the man of the hour finally arrived. The majority women audience erupted as soon as Toosii entered the stage, opening with hits from his 2020 mixtape Platinum Heart and wrapping up with songs from his Thank You For Believing project as well as bangers from previous mixtapes.