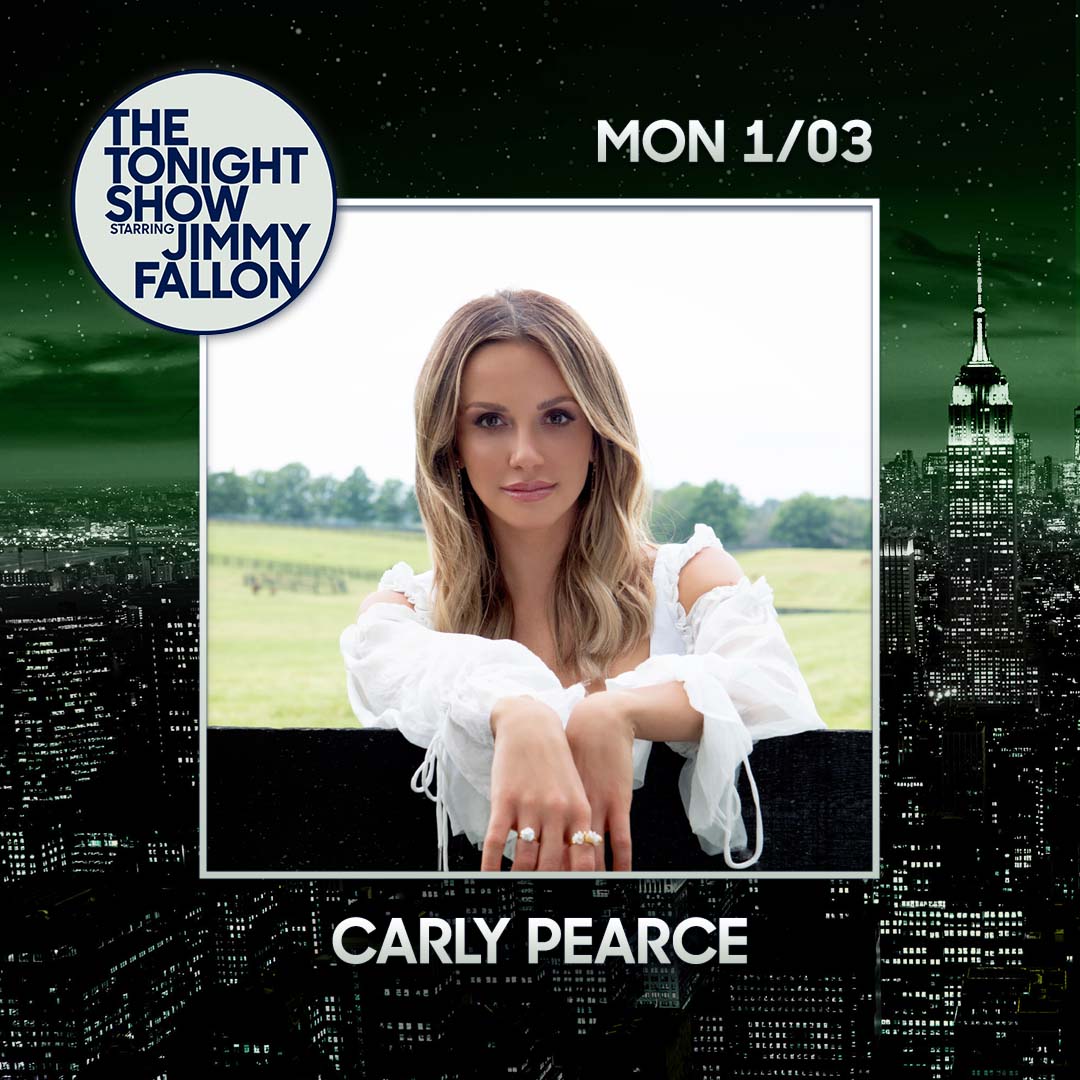 Wrapping 2021 with an appearance on New Year’s Eve Live: Nashville’s Big Bash this Friday (12/31), CARLY PEARCE will make her debut on The Tonight Show Starring Jimmy Fallon next Monday, January 3 on NBC at 11:35/10:35c (check local listings). Her first performance after ringing in the new year also marks a national television premiere of “Diamondback” from her critically-acclaimed album  29: WRITTEN IN STONE (Big Machine Records).

The CMA Female Vocalist of the Year, landed on several 2021 year-end accolades lists from Billboard, NPR, Rolling Stone, The New York Times, will launch another leg of THE 29 TOUR this Spring. As with the sold-out inaugural run, Carly will perform 29: WRITTEN IN STONE in its entirety each night. The Taylor Mill native will also support tornado recovery efforts in her home state of Kentucky through a partnership with PLUS1. In addition to her own headline dates, Carly joins Kenny Chesney’s 2022 HERE AND NOW TOUR. For tickets and more details, visit carlypearce.com.