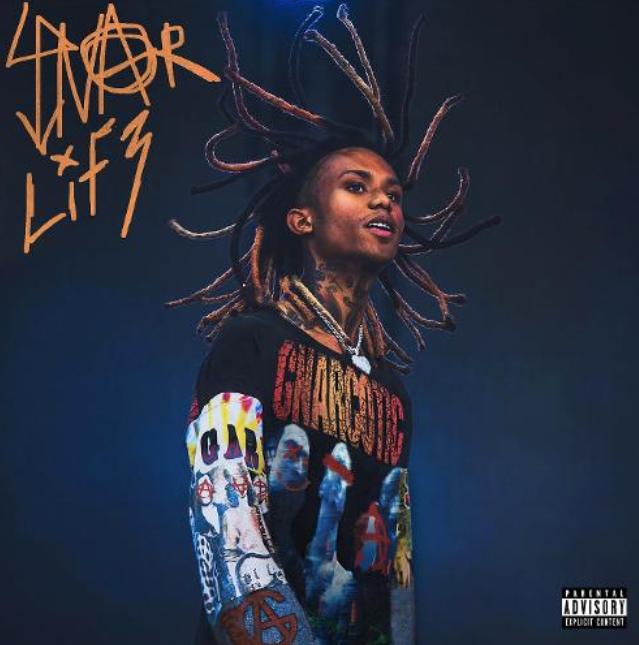 GET IT HERE
New York…. Lil Gnar releases his 11-track mixtape Gnar Lif3. Get it HERE. The mixtape features Zillakami, Lil Skies, and Idk. Gnar Lif3 includes his singles “Gnarcotic Gang” and “Drop Top Benz”
Since putting his own music, Lil Gnar already has more than 5 million streams in under a year. He’s also collaborated with Joji, Night Lovell, and Shakewell.
Success is nothing new for this brazen kid, though, before his recent music career glow up, the Atlanta rapper got his start in fashion and skateboarding with his own brand GNARCOTIC and has collaborated with well-known skate brands including DGK on clothes and skate decks. Adam Grandmaison, who hosts the rap podcast No Jumper, has his own collaboration in the works with Gnarcotic.
Before he started making music, Lil Gnar’s initial business ventures were fueled by slightly under-the-table means (as the son of a single mother in a lower-income East Atlanta neighborhood he needed capital to support his passions). Initially he only wanted to sell to skaters, but he loosened up and today his streetwear brand is doing well enough for him to afford time to concentrate on his music (as well as a Porsche and a Mercedes Benz and lots and lots of ink).
Watch Lil Gnar skate. In one video, he speeds around a corner in his Porsche and brakes before hopping onto a skateboard, popping a nollie varial kickflip and then firing a handgun into the air while flipping the camera off. In another, he does the same thing, but in a different car (his Mercedes), doing a different trick (a 180 no comply) with a different gun (an assault rifle).
“He has an edge to him, but he’s still gracious and forthcoming.” – VICE
“The GNARCOTIC mastermind is the latest and greatest rising rap name coming from Atlanta.” – HIGHSNOBIETY
“Lil Gnar’s name is starting to gain ground outside of Atlanta” – HotNewHipHop
Tracklisting
1. “Ice Out (Intro)”
2. “Grave!” featuring Lil Skies
3. “Mothership”
4. “Batmane”
5. “455”
6. “Drop Top Benz” featuring Lil Skies
7. “Laker Guap”
8. “Sick in the Head”
9. “I Don’t Sell Dope” featuring Idk
10. “Gnarcotic Gang”
11. “Man Down” featuring Zillakami”