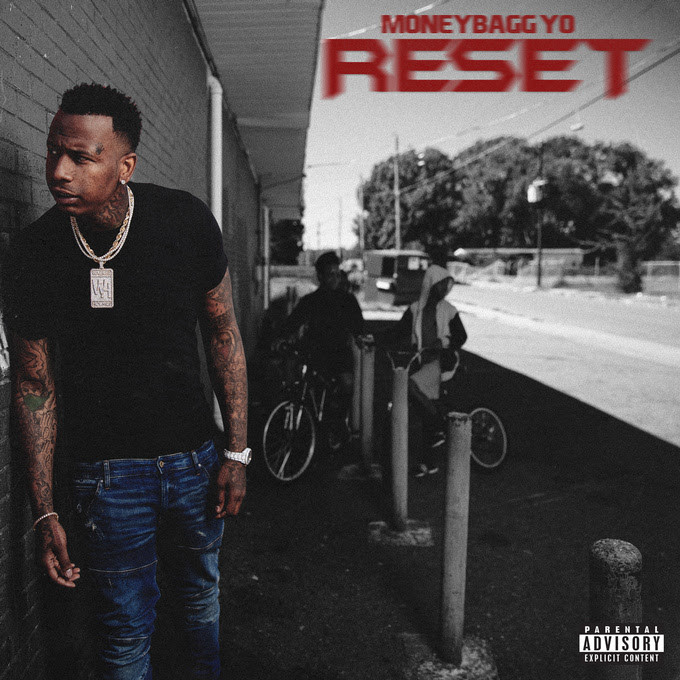 Today, Memphis rapper Moneybagg Yo releases RESET — his long-awaited debut album for N-Less Entertainment/Interscope Records. With its guest spots including J. Cole, Future, YG, and Kodak Black, RESET is available now via all digital retailers. Accompanying the release of the album is the video for the lead single, “OKAY,” ft. Future.

A milestone album for Moneybagg Yo, RESET marks a deliberate return to his roots. Though he was recently crowned “rap’s foremost preacher” by The FADER, the decidedly independent artist approached the making of the album with the same grit and hunger as when he was first starting out in the Memphis underground.

“I’m trying to un-polish, like ‘reset’ myself,” Moneybagg Yo told Billboard earlier this week. “I’m trying to take myself back to when I first came in. That’s what the fans miss and that’s how they accepted me, so I kind of want to go back and give them that.”

In a departure from his usual fast-paced process, Moneybagg Yo took his time bringing RESET to life, spending a month in the studio and teaming up with producers like Javar Rockamore, Hitmaka, 808 Mafia, Tay Keith and Retro Future.  During that time, he focused on creating songs depicting real-life struggles, such as his bleak early days of sleeping on floors in cramped apartments after dropping out of high school to concentrate solely on making money and taking care of his family. More production credits include 15-year-old producer DrumGodd who contributed to six records.

“This is facts…big facts,” Moneybagg Yo said in the Billboard interview. “It’s because the substance. I’m back on real situations, like you got to relate to it.”

In September, Moneybagg Yo premiered the lead single from RESET: “OKAY” feat. Future, a track that earned praise from platforms like HotNewHipHop (who noted that “[t]ogether their energy becomes contagious, like twin flames spending a weekend in the same holding pattern”). Throughout the album, Moneybagg Yo shows the depth and power of his sound, delivering everything from the R&B groove of “Tryna Do” (feat. Jeremih) to the melodic bounce of “Lower Level” (feat. Kodak Black). “It’s just touching the streets,” said Moneybagg Yo of “Lower Level” in an interview with XXL Mag. “It’s that struggle, hard feeling music.”

RESET arrives on the heels of Moneybagg Yo’s recent EP Bet On Me, hailed as “stellar” by Pitchfork. Released in August, Bet On Me hit #11 on the Billboard 200.

Born Demario White on Memphis’s Southside, Moneybagg Yo made his debut with Federal, a 2015 mixtape featuring the instant regional hit “I Need a Plug.” Soon after delivering his third mixtape All Gas No Brakes, he signed to CMG management. Arriving on Valentine’s Day 2017, his mixtape Heartless inspired XXL to name him “one of the hottest rappers to look out for,” and led to Moneybagg Yo’s partnering with Interscope Records for a distribution deal. That August, Moneybagg Yo released his mixtape Federal 3X, which debuted at #5 on the Billboard 200 albums chart and won acclaim from the New York Times (who noted his “intuitive gift for casually robust rhymes”).

Along with RESET and Bet On Me, Moneybagg Yo’s 2018 output includes 2 Heartless — a February release featuring appearances by Yo Gotti, Lil Baby, BlocBoy JB, and Quavo. With over 2 billion streams amassed and more than 1 million albums sold, Moneybagg Yo now joins Yo Gotti, 8Ball & MJG, and Three 6 Mafia on his hometown’s roster of veteran hip-hop talent.