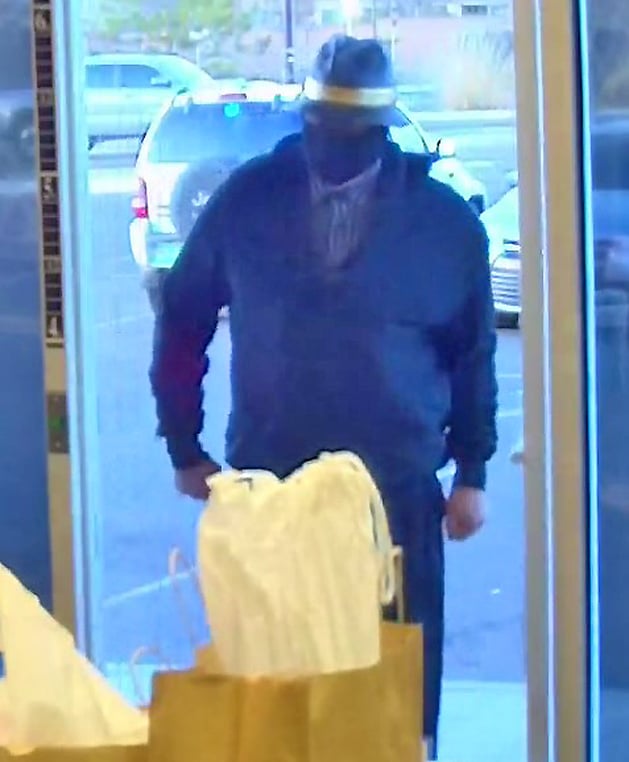 An unidentified man wearing a black fedora hat with a yellow band used a handgun to rob a northwest Albuquerque credit union on Thursday, December 23, 2021.

The suspect is described as a white or Hispanic male, approximately 5’11” tall, with a heavy build.

He wore a black jacket, a black fedora hat with a yellow band, a dark shirt, a dark mask, and dark pants.

He presented a demand note to a teller and then displayed a silver or nickel-plated handgun.

The teller handed over an undisclosed amount of money to the suspect, who left the bank.

The FBI and Albuquerque Police Department are investigating.