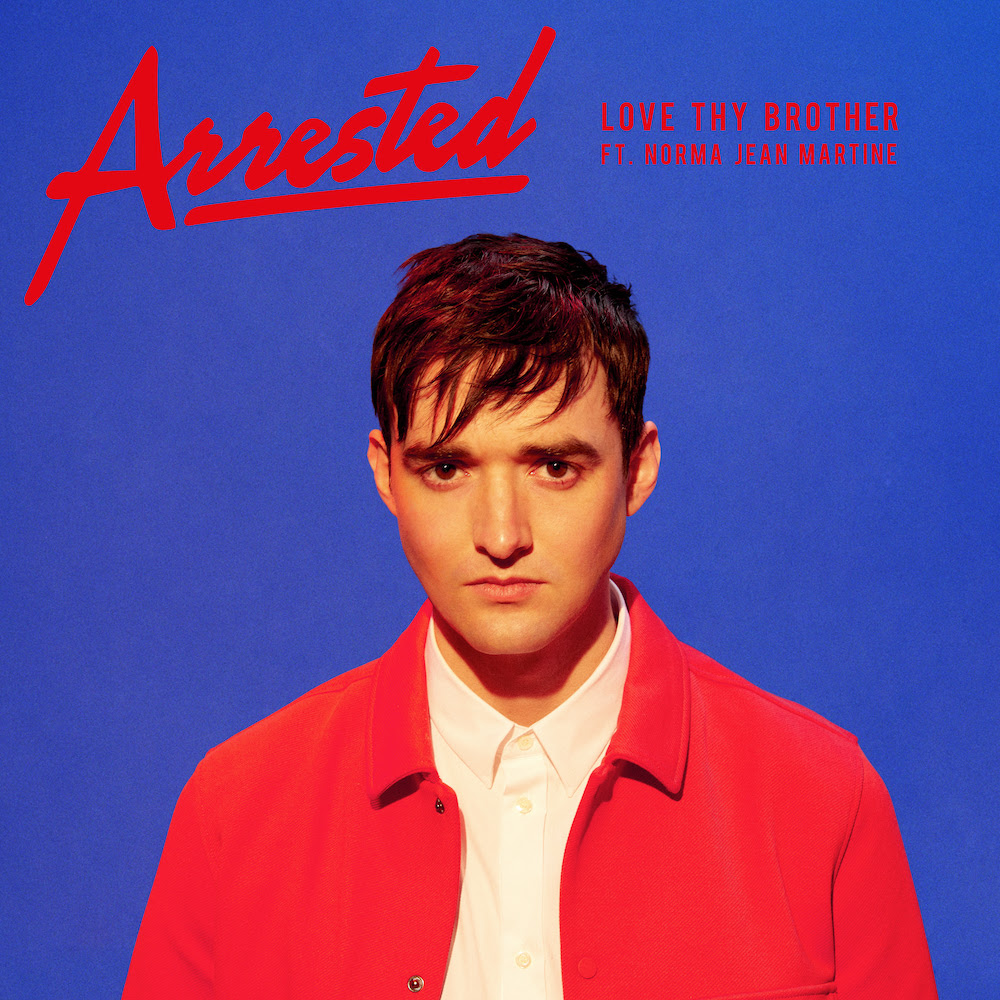 As New York-bred singer/songwriter Norma Jean Martine hypnotically delivers its seductive lyrics (“I could get arrested for what I’m thinking right now”), the track unfolds with a moody romanticism partly inspired by John Hughes movies and nostalgic pastiches.

With their new original material, Love Thy Brother aims to instill a certain kinetic energy, and leave each track with a timeless quality. “I’m always trying to find sounds that feel organic and real and not at all like they came out of a computer,” says Liam Clarke. “Lately I’m inspired by a lot of anthemic, over-the-top stuff from the ’80s–music that gives you that driving-at-night kind of feeling. I like the idea of harnessing that feeling and bringing it into this era, but in a way that feels really raw.”

Starting as a production project, remixing songs for artists like Banks, Weezer, One Republic, and Lana Del Rey, Love Thy Brother’s music has accumulated over 5 million combined streams. The duo is now focused on creating original material that brings a pure vitality to the most meticulously crafted track. After time on the road with acts like Justice and Gryffin, Love Thy Brother is ready to make the transition from producer to artist, and step into the forefront of the electronic music world.

In addition to developing their new material, the two siblings have each found major success in two distinct pursuits over the past few years: Conor as the CEO and co-founder of Wavo, one of the biggest technology and marketing platforms in music, and Liam as a wildly prolific commercial-music producer whose work has appeared everywhere from episodes of Keeping Up with the Kardashians to Smirnoff and Audi ads to the boarding soundtrack on American Airlines flights.

LOVE THY BROTHER ON THE WEB: